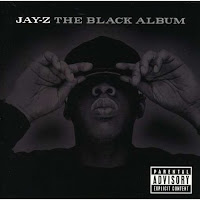 I’ll admit that though I love rap and hip-hop, I rarely get obsessed with complete records in that genre. I like to think that the reason for this is that rap records just aren’t built for uninterrupted, repeated listens, but that’s really just a polite way of saying that I find most of them to be bloated. If it isn’t too many filler songs (not just a problem in rap), it’s grating between song skits, or so many guest cameos that the artist barely appears on some songs.

Jay-Z has been plenty guilty of all of these things in his career. In fact, only three of his seven proper albums don’t grossly commit the crimes listed above. I guess it’s natural that a person this prolific (he’s released one proper album per year since 1996) will have some duds amidst the explosive stuff. But the fact remains that he’s hit some dizzy heights and had some great hits. His 2001 Unplugged album showcases that brilliantly, and when we take some time to consider his memorable guest raps on other artist’s songs (Mariah, Beyonce, Outkast, etc.) and it becomes clear that he’s one of the premier rappers of our time.

Now comes the announcement that Jay’s new record, The Black Album, will be his swan song and that he is retiring. The first reaction is shock. Afterall, Jay is only in his early-thirties, and arguably at the top of his game. The second reaction is bemusement. Which “final tour” is Kiss on, the fourth or fifth? But it is fun to play along with the charade. For instance, a voice in the intro informs us that “all things must conclude,” and the last song on the album (and thus of his career?) is called My 1st Song and it ends with a list of shout outs akin to the thank you list on movie credits.

Last one or not, this album seems set to join Reasonable Doubt, In My Lifetime Vol.1, and The Blueprint as a Jay-Z classic, precisely because it avoids the overindulgence listed above. It features 12 songs, with two short interludes and zero guests raps. There are also plenty of great producers at hand, including Eminem (on the cinematic Moment of Clarity), The Neptunes (Change Clothes, Allure), Rick Rubin (an old school rock/rap track called 99 Problems), and Timbaland (Dirt Off Your Shoulder). Even with the array of different producers, the sound manages to stay uniform, mainly because the songs stick to a basic sample–beat–rhyme format that works so well.

At times, Jay’s flow rivals Eminem for sheer bravura and capacity to stupify, like when Jay keeps going past the beat on What More Can I Say. The best song is December 4th (Jay’s birthday), and features his mom as a narrator, a great old school sample from the Chi-Lites, and illuminating verses about his formative years. The song is a rarity in that it is so open and unguarded.

Being picky, I wish that instead of something like Threat (which is full of typical rap bravado), Jay would have devoted a song to current national problems. I know he opposed the war in Iraq, and it would have been nice to see his devastating trash-talk applied there.

As Jay rhymes on What More Can I Say, “we’ll see what happens when I no longer exist.” He’s put together a great final remembrance of his skills, a powerful final statement that one could get obsessed with. And we’ll see how he does with the next one.