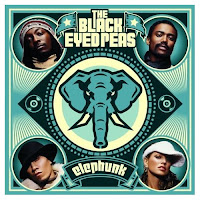 People who don't like rap usually cite a lack of musicality and an overabundance of brutality. They ignore that rap is really an overarching term for three broad categories: party rap, socially conscious rap, and gangsta rap. Usually none of it gets played on VH1, yet in the last couple of months the Black Eyed Peas' Where Is The Love has jockeyed for the top spot on that channel's top 20 countdown. Of course having Justin Timberlake singing the hook doesn't hurt, but the song also subverts that aforementioned stereotype: it's a very singable ode to tolerance and peace.

What a welcome bit of turnabout! Not since the early '90s (when P.M.Dawn and Arrested Development managed to have hits) has any socially conscious rapper not named Outkast met with commercial success. They have watched their counterparts thug and party it up and meet with big dividends, and found little for themselves. Sure they got props from critics and the assurance that they were elevating the artform, but money was more elusive. So let's take a moment to pity the Tribe Called Quests and the De La Souls of the world.

With their first couple of records, Black Eyed Peas were certainly in the pitiable category too. On Elephunk they are seemingly tired of the noble fight. No, they haven't gone gansta, but rather, they made the ingenious conclusion that a marriage between party rap and socially conscious rap might be a fruitful one. So 9 of the 13 songs here are fun, and by turns encourage the listener to "celebrate," put their "hands high to the sky," and "get retarded." In The Boogie That Be they even sample the sound of Uncle Scrooge's pogo cane in the old Ducktales game for Nintendo (I don't know this for sure, but that's what it sounds like to me).

The marriage was a risky move, but it works, mostly because the group is dedicated to it, and because the socially conscious songs that are here are great. Anxiety addresses the usual youthful angst and The Apl Song is about holding on to your cultural roots, but the showstopper is Shut Up, a kickin' call and response about a relationship falling apart. The album also gets points because it is atypically succinct; 13 songs and no skits. I wish more rap artists would exercise this ability to self edit.

So kudos to the Black Eyed Peas. You may have given up a bit on the good fight, but hey, you gotta get yours.

Rating: B
Fave Song: Shut Up