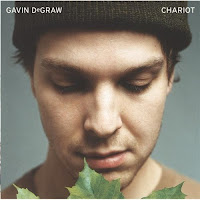 The sticker on the cover of this 20-something's debut record compares him to Billy Joel and Van Morrison. Others have likened him to Stevie Wonder and Jeff Buckley. Sure there are similarities, but he's not exactly like any of them. He doesn't have Joel's flair for storytelling, or Van Morrison's esoteric nature, or Stevie's funkiness, or Buckley's sense of drama.

What he does have is a great voice and a gift for melody. Over music that's piano-driven and muscular, he emotes without going over the top. Lyrically, it's a lot of the same old girl-boy romance dynamics stuff, but if he really does idolize Elton John and Billy Joel, that will change as his songwriting matures. For now, as he sings on the opener Follow Through, "this is the start of something good."