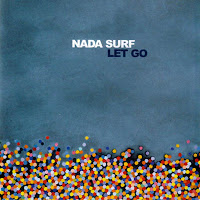 A thoughtful, poppy return from a group that still holds minor-one-hit-wonder-from-the-nineties status. If you remember said hit, Popular (which featured droning guitars underneath a recital of a '50s etiquette manual), you'll barely recognize the band on this record.

The songs are still on the clever nerd rock side of things. There are tunes about Bob Dylan albums, fruit flies, and playing soul records at the wrong speed. But there is also a song completely in French, Cheap Trick paraphrasing, and introspective numbers like Inside Of Love, wherein the singer wonders what it'd be like to "be a me with a you."

This is a great record, released in the cold of January 2003. Similar to the Oscar race, albums released later in the year have a better chance of getting recognition, but not in this case. It just barely missed the top 10.

Rating: A
Fave Song: The Way You Wear Your Head