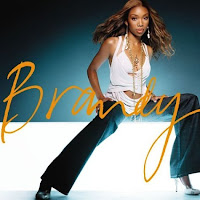 Reviews are a relative thing. A praiseful review is only as effective if the reader is receptive to it. If you absolutely despise an artist or a genre nothing is going to convince you to give it a chance. For example, the Blood Vultures of F**king could put out "the best death speed metal album ever" but I could care less. That's like someone saying to me: "This is the best mushroom you'll ever taste."

Modern R & B is a genre that I usually find little connection in, especially when the artist is male. Usually I find it too generic and processed. But I'm not outright opposed, and thus I can sometimes be swayed by critical praise, or a single that gets caught in my head. This explains the presence of Aaliyah, Mary J. Blige, and Beyonce records in my collection.

Moesha's new CD is the latest addition to that list. I bought Afrodisiac for both reasons: critical praise and the catchy first single Talk About Our Love (which boasts a super-smooth classic soul chorus and a Kanye West rap that includes the lines "I knew you when you was a V like Madonna / now you interfere, runnin' plays like Donovon…McNabb"). In deciding if I like it, the big question for me: Is it too generic?

The answer is yes and no. The disc's most thrilling moments are the ones that are specific and autobiographical. Back in February (in the review of Courtney Love's latest CD) I wrote about awareness of an artist's personal life adding extra dimensions to the listening experience. This CD reafirms that for me. Since her last album Brandy has broken up with producer Robert Smith, who now claims (most likely truthfully) that their whole marriage was a sham designed to keep her image pristine once she got a bun in the oven. Now she's engaged to NBA player Quentin Richardson.

Knowing this makes songs like the confessional opener Who I Am that much more satisfying. It's a kiss-off, wherein she claims she's that much stronger for "all the tears, all the stress" and says "All you did was help the next man." Later, Where You Wanna Be indicates that all may not be perfect with her new beau, if you judge by an outdated Clippers reference (Richardson left the Clippers and signed with the Phoenix Suns this summer). This is great stuff.

The album was largely produced by Timbaland and his harmony-laden, jittery-beat, layered style suits her well. Critics have pointed out that his production makes up for the fact that she's not a strong singer, and I hate it when they write backhanded shit like that. They've said it about Kylie Minogue, Madonna, and Britney Spears too and even if it's true who really cares at this point? They've all got established careers as SINGERS. It's not like someone is suddenly going to realize they can't sing and take all of their success away from them.

Anyway, we get several strong Timbo productions, including the title track, next single Who Is She 2 U, Focus, and the best of the bunch, I Tried. The latter is basically Cry Me A River revisited, albeit with a bit less punch. Still, it casts a strong spell and Brandy's voice is surprisingly raspy and soulful. There are dance songs too, most notably Turn It Up (which is the first nostalgic-for-the-'90s song I've heard) and Sadiddy (a very catchy jam, but don't ask me what "sadiddy" means…as far as I can figure it's an adjective and Brandy ain't it).

But at 15 tracks the disc begins to sag as it moves into the second half, with too many forgettable songs in a row. None of them are bad, but one is named Necessary, and just isn't. Thankfully, the album remedies the ennui with the final song, Should I Go. It samples Clocks by Coldplay, and save the fact that it's strange to hear such a recent hit sampled already, it's not a big deal; the lyrics are the draw. Once again Brandy gets personal, wondering about her career's past ("this industry was like a different world / when it was just Monica, me and baby girl") and future ("just trying to figure out what I fit into"). It's a complex, repeat listen kind of song.

If we'd gotten more of that, maybe this would be the first album to allow me to say, unabashedly, that I love Modern R & B. Instead, at half-great and half-okay it's probably just another album that'll sit on the shelf and make my tastes look more diverse than they really are.

Rating: B-
Fave Song: Talk About Our Love