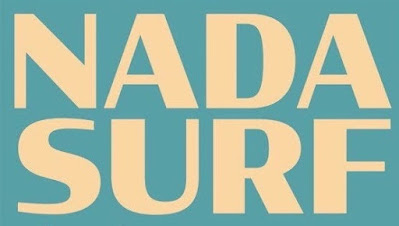 In the second half of the 2000s and throughout the 2010's, Nada Surf have continued to create thoughtful indie pop that often doubles as a cathartic therapy session.
You don't want to miss the 12 by Nada Surf list that covers the first part of their career.
1. "Whose Authority" (from Lucky, 2008)
Holy cow, had they been listening to Teenage Fanclub, or what?!
2. "Beautiful Beat" (from Lucky, 2008)
An an ode to the power of song, but is also the exact kind of song it's about. Just like the snake eating its own tail.
3. "Love Goes On" (from If I Had a Hi-Fi, 2010)
A swiftly-moving cover of a great 1988 tune by the Australian band The Go-Betweens. The Nada Surf version replaces the original's flamenco guitar with horns, making it more Stax than Spanish.
4. "The Agony of Lafitte" (from If I Had a Hi-Fi, 2010)
When you can make a cover sound like it was your own song, then you've done it right. That happens with this take of Spoon's 2000 kiss-off to Elektra Records, a label that had also dropped Nada Surf.
5. "The Moon Is Calling" (from The Stars are Indifferent to Astronomy, 2012)
Musically soaring, lyrically mysterious.
6. "Waiting for Something" (from The Stars are Indifferent to Astronomy, 2012)
"It always feels like I'm waiting for something." I can relate.
7. "Jules and Jim" (from The Stars are Indifferent to Astronomy, 2012)
A jangly ode to the 1962 Truffaut film of the same name, in which singer Matthew Caws finds himself identifying with all three of its main characters.
8. "Believe You're Mine" (from You Know Who You Are, 2016)
A gorgeous break-up tune.
9. "Animal" (from You Know Who You Are, 2016)
Holy cow, had they been listening to Tom Petty and the Heartbreakers, or what?!
10. "80 Windows" (from Peaceful Ghosts, 2016)
Peaceful Ghosts is Nada Surf's requisite rock-band-does-a-live-album-with-a-symphony record. Those are typically more fun for the band to make than they are for fans to listen to, but this rendition of "80 Windows" is a clear improvement on the 1998 studio version, ratcheting up the dynamics and the drama.
11. "So Much Love" (from Never Not Together, 2020)
A sort of spiritual sequel to "Always Love," "So Much Love" is a much-needed reminder that sometimes the trick to happiness is in reorienting our thinking.
12. "Something I Should Do" (from Never Not Together, 2020)
With its spoken word sections this song recalls "Popular." But instead of reading from a ridiculous etiquette manual, Matthew Caws rants like a street preacher. His message is a secular plea for fighting against cynicism, and not giving up on those who are stubbornly resistant to embrace their inner humanity: "Empathy is good / Lack of empathy is bad / Holy math says we are never not together."