February 23, 2010
The one constant in every established artist's oeuvre is the bad album, the one that's reviled by both fans and critics. Those unlovable albums are the ones this feature, Rock Bottom, is concerned with.

Here's how it works: I've consulted two main sources, the All Music Guide (for the critical point-of-view) and Amazon.com (for the fan perspective*). The album with the lowest combined rating from both sources is the one I'll consider the worst. I may not always agree with the choice, and my reviews will reflect that. I'll also offer a considered alternative. Finally, there are some limits. The following types of albums don't count: 1) b-sides or remix compilations, 2) live albums, 3) albums recorded when the band was missing a vital member, and 4) forays into a different genres (i.e. classical).


Shawn Carter's last 11 releases (every album since 1998's Vol.2...Hard Knock Life) have gone to number one, but don't let that fool you into thinking they were all created equal. There's a clear hierarchy, and the low man is undoubtedly 2004's collaboration with R. Kelly, Unfinished Business. However, that's not Jay-Z's Rock Bottom, mostly because he only deserves half the blame. So which album is the next-most-hated?

When the chips fell out, there were really two contenders for Jay-Z's worst. One was 2002's double-disc sequel The Blueprint 2: The Gift and the Curse. The other was his 2006 return from "retirement" Kingdom Come. Statistically, the two are dead even. Kingdom Come gets the low marks in the All Music Guide with 2.5 stars, while B2 gets a half star more. Rolling Stone flipped that, giving B2 3 stars to KC's 3.5. Finally, Amazon.com reviewers gave the two identical 3.5 star averages. That adds up to 9.5 each. The tiebreaker? Well, when it gets this close we have to split hairs. So we look at Amazon.com and the percentage of reviewers who gave one or two star ratings. For KC it's 19%. For BP2 it's 32%. That makes The Blueprint 2 our winner by a nose.

Not that Kingdom Come gets off so easy. The All Music Guide says it's "a display of complacency and retreads. Rolling Stone's Rob Sheffield writes that "the highs are really high and the lows are really low." Amazon.com reviewer AD Guillen gets in the best dig: "Hov proves he's the Mike Jordan of the game as he comes back from retirement pushing a 45 performance when everyone paid to see 23." He's referring, of course, to Michael Jordan's return from "retirement" wearing a number 45 jersey and his subsequent failure to get the Bulls past the Orlando Magic in the 1995 NBA playoffs. A Washington Wizards reference might have been more apt. 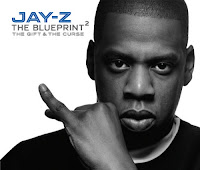 (Despite this mostly positive review, Bush sings a different tune in his write-up of 2003's The Black Album, where he calls The Blueprint 2 "the most deflating sequel since Star Wars: Episode I." I get his point, though The Phantom Menace was technically a prequel. Overall, I'm not a big John Bush fan).

Rolling Stone's Christian Hoard was downright giddy about the album despite his 3 star rating. Sounding more like a publicist than a critic, he writes, "Jay-Hova ups the ante, producing something of a hip-hop White Album: two discs worth of party anthems and serious songwriting." He sums The Blueprint 2 up as "one more strong record from hip-hop's most dependable voice."

So "solid material", "strong record", and a Beatles comparison? Sounds like a terrible piece of work, right? I'm sensing some dissonance here. Maybe our Amazon.com reviewers can shed some light on what exactly makes this album so unlovable.

First there are the haters, like Ken. He writes, "If any rap fans out there want to know what a commercially Straight-Wack album is, this is the one you need to take note of." Mrvillain simply says the album is a "Blueprint to people who need to stop rappin'." Anthony Ian gets a bit more specific in his review. "This album," he writes, "is a tragic example of what happens when you take a big star, big producers, big guest stars, a big video to launch it... when you have no decent material."

Many reviewers found outrage in the song '03 Bonnie and Clyde, the duet that samples Tupac's Me & My Girlfriend. Unknownhook's thoughts are typical of the complainers. He says, "Pretty sad when the best song on the CD is a RIP off of the greatest rapper of all time (who HATED Jay Z)." I don't buy this criticism at all. First, any rap fan complaining about copping hooks from other songs has zero firm ground to stand on. Second, the songs aren't similar beyond their choruses. Tupac's track was an extended metaphor about a gun. Jay's is about Beyonce. I also noticed that no one complained about Beyonce appropriating Prince's If I Was Your Girlfriend in the song.

Are you still confused about exactly why The Blueprint 2 is Jay-Z's worst album? Me too. The album certainly isn't one of my favorites, but it's not an embarrassing piece of work either. The first disc is up and down, containing the set's best (The Watcher 2,'03 Bonnie and Clyde) and worst (A Dream, I Did It My Way) songs. The second disc is solid straight through, at least until you get to the three "bonus" tracks.

While I'm on the subject, I wouldn't count Kingdom Come as the worst either. If I'm picking, 2000's Dynasty: Roc La Familia gets the nod. That album has exactly 2 good songs (I Just Wanna Love U and Streets Is Talking) and 14 mediocre-to-awful ones. That means it's only 12% worthwhile. 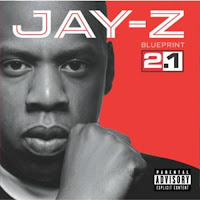 Even so, there's one reason I don't feel bad naming The Blueprint 2 as Jay-Z's Rock Bottom. It's a little something called The Blueprint 2.1. Yes, that's right. Mindful of the prevailing critical opinion that a double album was too much, Jay whittled it down to a single disc and tried again 4 months later. Nobody took the bait. In fact, Rolling Stone changed its positive tune. Reviewer John Caramanica said, "The new album does little to redeem its predecessor; it merely replicates its unevenness." For the All Music Guide, John Bush stepped in again this time with diminished enthusiasm. He concludes that the album, "lacks the creativity of The Blueprint."

While I love the fact that Jay-Z proved the "this double album would be better as a single album" critics wrong, I don't think that was his intention. What's the opposite of "So nice, he made it twice"?