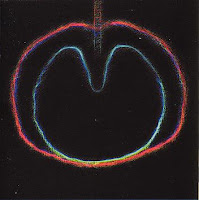 After 7 years of being unable to officially record because of a dispute with Virigin Records, British power pop group XTC finally returned to the scene with 1999's Apple Venus, Volume 1. The songs were lush, acoustic, and pastoral. XTC's sound had included that element in its later years, but never had it been so pronounced.

2000 saw the companion album, Wasp Star (the Aztec name for Venus) released. Its songs showcased the rock-oriented XTC we were more familiar with. Both records were heralded by critics and fans as a triumphant return. Little did we know that they were also a triumphant, two-volume swan song.

I guess we should have known; there were clues. Longtime guitarist Dave Gregory had quit the band before they'd even finished Apple Venus. XTC had not had a permanent drummer since Terry Chambers left in 1982. Though bassist and second songwriter Colin Moulding didn't quit the band until after Wasp Star, his interviews around the time revealed that he had all but lost his interest in being a rock star (figures, his two songs on Apple Venus were about gardening and going out for a drink at the pub). That left lead singer and songwriter Andy Partridge as the proverbial cheese standing alone.

Wasp Star, despite Gregory's glaring absence, does not sound like a last gasp. Though not in the pantheon of XTC's great albums, some of its individual moments stand with the band's best work. Opener Playground is a singsong examination of the ways childhood and adulthood run parallel: Dealings with girls are complex, bullies persist in better disguises, and conformity is valued above all else. The propulsive Stupidly Happy is as joyous a love song as you'll find and the jazzy You And the Clouds Will Still Be Beautiful mines similar romantic territory. Church of Women strikes a reverential tone toward the fairer sex. It's appropriately hymn-like.

I'm the Man Who Murdered Love, also known as The Ballad of Dick Cheney, is cynical Partridge at his finest. It concerns a narrator who has assassinated the underapprecited Love: "I put a bullet in his sugar head / He thanked me kindly then he lay down dead / Phoney roses blossomed where he bled." Finally, Closer The Wheel and the Maypole is an mash-up of two song parts. The first finds Partridge indulging in his trademark double entendre (e.g. "I've got the seed if you've got the valley") while the second shifts tone into a philosophical rumination on the end of a relationship ("Wedding cake begins to must and moulder / And what made me think we'd be any better"). It's the yin and the yang and the perfect way to sum up and close out XTC's career.

We're All Light are not on the same level as those six, but it does have its charms. It's a collection of barely comprehensible pick-up lines using junk science. However, I do like the bridge quite a bit. Partridge's famous libido is on display in a limber rap: "Don't you know where you itch there's a little tiny switch / And if you let me in I can show you just the pin / That you put in the slot where the element gets hot and the stuff just pours out."

Unfortunately Partridge's wordplay isn't as strong or clever on My Brown Guitar or Wounded Horse. Both are fine musically, but the former seems to be reaching for some sort of extended metaphor that escapes me (and if it's supposed to be sexual, I don't wanna know what the brown guitar stands for). The forlorn Wounded Horse is clumsy, with the narrator comparing himself to a horse to describe his pain upon discovering his girl "riding another man." It's a mixed metaphor, and crude to boot.

Finally, there are Colin's three contributions. They don't match up with his greatest songs (Making Plans For Nigel, Ten Feet Tall, Wake Up, Grass, King For a Day, etc.), but they're enjoyable. In Another Life is a window into a long-term marriage and the way love can give way to familiarity. Moulding imagines different ways he could spice things up, like showing up in a candy commercial or a romance novel. Boarded Up is similarly realistic and personal, detailing the ways a small town has deteriorated culturally and given over to generic big box stores. XTC are from Swindon, England, a town that by many accounts has seen better days. Finally, there's
Standing In For Joe, a devilish tune about a guy who moves in on his pal's girl.

In retrospect, it's hard not to feel bittersweet about Wasp Star. Despite its pleasures, it represents the end of one of the best bands of the punk / new wave era, and the pop world is all the worse for the loss.

Grade: B-
Fave Song: You and the Clouds Will Still Be Beautiful

Alex said…
A solid, enjoyable album (although one where Dave Gregory's contributions would have helped a lot) that only pales compared to the great stuff they'd done before.

You're right that this is a bittersweet album. And XTC should have been as big as Prince or Springsteen in the 80s, when (maybe just for a year or two), they really were the best band in the world.
7:08 PM