January 07, 2010
The one constant in every established artist's oeuvre is the bad album, the one that's reviled by both fans and critics. Those unlovable albums are the ones this feature, Rock Bottom, is concerned with.

* * *
Back in 2008, when I reviewed every single Beatles album, I hadn't started doing the Rock Bottom feature. So, let's retroactively find out which of the Fab Four's records is their worst.

Determining Rock Bottom has been very difficult for certain artists, some because they had too many contenders, others because they didn't have enough. The Beatles have the latter problem, magnified. See, since they're the Greatest Pop Group of All Time, and they had such a short career, many critics and fans are hesitant to label any of their work sub par. This is where it's important to note that Rock Bottom doesn't always mean an album is awful, just that it's worse than anything else that band released.

This would be easy if we could call the Yellow Submarine soundtrack a real album, because it'd be the clear Rock Bottom, with only 3 stars from the All Music Guide and a 3 1/2 star customer rating on Amazon. However, Yellow Submarine is not a true Beatles album. It features two recycled songs (the title track and All You Need Is Love), 4 new songs, and a bunch of instrumentals composed by producer George Martin. So we have to look elsewhere. 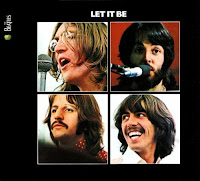 According to the All Music Guide, every true Beatles album is a five star album, save one. That'd be 1970's Let It Be, which reviewer Richie Unterberger gave a measly 4 and 1/2 stars. The average Amazon review for Let It Be is 4 stars, a full half star less than every other album. When the album came out, Rolling Stone critic John Mendelsohn was not exactly pleased with it either.

So let's look closer at what makes Let It Be the Beatles Rock Bottom.

Traditionally, blame for the disappointment with Let It Be falls on one man: Producer (and convicted murderer) Phil Spector. After the Beatles had released Abbey Road (their true final album), they hired Spector to go back and work with tapes from the mammoth Get Back sessions that predated Abbey Road. Fans and critics, angry about the Beatles break-up (which happened a month before Let It Be's release) and refusing to believe the boys were capable of subpar material, made Spector's production and arrangements their scapegoat.

Take Amazon reviewer Denzel Lockheart for example. He says, "All songs are good, but Phil Spector did NOT need to put so much orchestratian [sic] in the album. I still like the Beatles, but i jsut [sic] think that Spector should not have left this album the way it was and leave the orchestra alone." So, um, yeah.

Rolling Stone's Mendelsohn certainly prescribed to that viewpoint. In his review he plays role of producer, scolding Spector for adding strings here and choosing the wrong take there, he concludes, "Musically, boys, you passed the audition. In terms of having the judgment to avoid either over-producing yourselves or casting the fate of your get-back statement to the most notorious of all over-producers, you didn't." He seems to believe that within the hours and hours of tape, there was brilliance lurking. 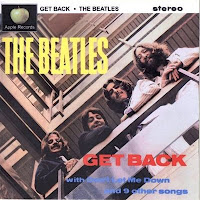 It's a tantalizing prospect, the idea that the world's best band left something both wonderful and unheard. That idea tickled Beatles' fan's fancy for many years, especially in regards to Let It Be. Bootleg albums made the rounds, fans traded "original Glyn Johns" mixes (like the planned-but-scrapped version to the right) and argued over what might have been.

And then, in the ultimate acknowledgment / debunkment of the Phil-Spector-ruined-the-album criticism, the Beatles released Let It Be...Naked in 2003, which featured a re-jiggered track listing, no Spector choir-and-orchestra touches, and no between-song banter. If Spector's production had really been the "problem" with Let It Be, then fans and critics should have embraced the new version as a classic, right? Well, that didn't happen. Reaction was decidedly mixed.

That brings us to theory number 2 about Let It Be, which is that the original album sessions just weren't very good. Unterberger is a proponent of this view: "The main problem," he writes, "was that the material wasn't uniformly strong, and that the Beatles themselves were in fairly lousy moods due to intergroup tension."

Some Amazon reviewers share this perspective. Asher Steinberg remarks, "You shouldn't blame it on Spector; it's the Beatles' fault. Dig It is idiotic, [One After] 909 is idiotic, Maggie Mae is trash, and Get Back (Juju the monkey?) is a little dumb." G. Cooper adds, "The songs (most of them, at least), are insensitive, hurried, and, worst of all, shallow." And Quasar 909 piles on as well. He says, "Let It Be is an amalgamation of choppy, incoherent pieces that just don't add up. The material on this album sounds like it came from the editing room floor at Abbey Road studios and that's where it should've stayed!"

Lennon himself backed up this view in a 1980 interview. Of Spector, he says, "He was given the shittiest load of badly-recorded shit with a lousy feeling to it ever, and he made something of it."

Either way you look at it, Let It Be is clearly the most divisive and disliked Beatles album.

As for me? I don't really subscribe to either theory. For one, I kind of enjoy Let It Be. It's got the requisite stone-cold classics such as the title track, Get Back, Across the Universe, and Two of Us. And even the non-hit songs have grown on me, especially after playing Beatles Rock Band and finding that I Me Mine, Dig a Pony, and I've Got a Feeling are some of the most fun songs to perform. Sure, as I said in my review, I hate The Long and Winding Road, but I think I'd hate it with or without Spector's help.

But, once again, we're looking at the worst for the Beatles, which would be the best for many many others. Even considering that dynamic, I still wouldn't give Let It Be Rock Bottom status. That I'd reserve for either With the Beatles (a pale imitation of their debut) or Beatles For Sale (great originals, lifeless covers), but probably ultimately give it to Magical Mystery Tour because the album was a mashed together version of leftover (albeit awesome) singles and song ideas that had been better executed on Sgt.Pepper's. Plus, the film was terrible.

Anonymous said…
I don't get the Let It Be dissing. Side 1 certainly is very good indeed -- especially the three songs you acclaim on basis of the Beatles Rock Band game.

For incoherence and, in some cases, rank unlikability, I'd go for the White Album as a nadir. But, of course, it also has many great songs. Some of the covers on Beatles For Sale are actually quite good (Words Of Love eclipses Holly's original).

It probably is With The Beatles, an album that suffers from the temporary rule that no singles should be included. But imagine the album it might have been with all the singles and b-sides edging out a couple of the covers, and the rubbish Little Child and Hold Me Tight?

Unknown said…
My least favorite Beatles album is With the Beatles. I don't listen to HELP! all that often either. Let It Be, come on! It's freakin great! I don't care how "shit" it is.
10:27 PM