October 17, 2004
In a blatant attempt to reach review number 60 by the first anniversary of this blog, I'm offering up some brief reviews of recent releases. 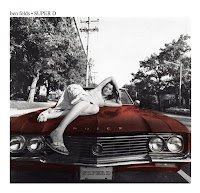 54. Ben Folds - Super D (2004)
This is the final EP in a series of three meant to tide us over until Folds finishes working with Captain Kirk and releases his second solo record, and Folds saved the worst for last. It kicks off with a bombastic cover of The Darkness' Get Your Hands Off My Woman. From there we have three sub-par original compositions (the most interesting of which, Kalamazoo, features a disco bridge) and a brief live cover of Ray Charles' Them That Got. The other two EPs each contained at least one sublime moment, but this one has none, giving the whole project a cast-off feel.

Rating: C
Fave Song: Get Your Hands Off My Woman 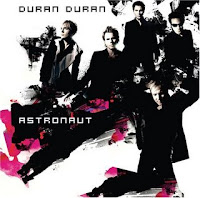 5. Duran Duran - Astronaut (2004)
Are your vinyl copies of Rio and Notorious wearing out? Here's a new album from a fully reunited Duran Duran. The band were responsible for their fair share of giddy musical highs in the '80s, and had this shocking time capsule of an album been released then it would have surely been a blockbuster. But unfortunately it's 20 years later and few will likely care. Everyone loves a comeback, but Duran Duran are not a band that either critics or the record-buying public are likely to embrace again. It's a shame, because (Reach Up For The) Sunrise, Want You More!, What Happens Tomorrow, Astronaut, Nice, Bedroom Toys, and Finest Hour are all highlights. And yes, that's most of the album. 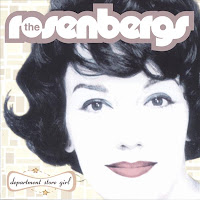 56. The Rosenbergs - Department Store Girl (2004)
It's strange how many so-called power pop bands miss the point. They are either way too twee (Candy Butchers) or way too serious (Candy Butchers) or not (gasp!) catchy enough. The Rosenbergs are not guilty of any of that. In fact, based on this album, their only active competition is Fountains Of Wayne. The Rosenbergs lack F.O.W.'s finely detailed lyrical prowess, but share the sweet, bursting melodies, crunchy guitar riffs, and delicious harmonies, as well as the ability to both croon (Blue Skies, Woods) and rock (Bulletproof Vest, the title track). The only fault on this CD is the fact that you have to wait 5 or so minutes for the gentle bonus track...it's just one of my pet peeves. 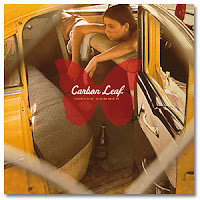 57. Carbon Leaf - Indian Summer (2004)
What's refreshing about Carbon Leaf is that there's no veneer of hipsterdom to them. The Virginia band prides itself on wordiness and musical virtuosity and is not dissimilar to the Dave Matthews Band, save their catchiness, harmony, and likablity. After seeing them live I woke up the next morning singing songs from this album. There's a certain joy in the performances, even in the ballads, and it shows that producer David Lowery (Cracker, Camper Van Beethoven) did his job well. I love it when something so unassuming can assert itself so firmly.

Rating: A-
Fave Song: What About Everything