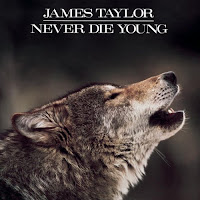 This is my confession: My mom is the single biggest influence on my musical tastes. It's not cool, I know. My dad is the one who was hip in the '80s. When I was ready he turned me on to Talking Heads, Elvis Costello, XTC, Roxy Music, Marshall Crenshaw, and many other great artists.

My mom, on the other hand, was square. Her tastes ran in directions generally reviled by my dad: Elton John, Billy Joel, The Carpenters, Lionel Richie, and James Taylor.

(In college my parents went to see James Taylor in concert. It was today's equivalent of a guy having to go to a John Mayer concert with his girlfriend. My dad just barely stomached it; my mom loved it.)

Just as with their politics and religious beliefs, I feel I've greatly benefited from having two vastly different viewpoints presented to me. About 90 % of the time, I lean toward my father's views, but on music, my heart will always truly lie with the artists my mom introduced to me. That will always be where I go for comfort.

This particular James Taylor song is like a cocktail. It's as though someone took everything that makes the James Taylor sound (complex acoustic guitar picking, faux-jazz, gospely background vocals, introspective lyrics) and put it in a blender. The result is not exactly uniform, but it is smooth. I first heard this song via my second college roommate, Tim. He had a compilation CD used for testing high-quality sound systems (how he came across it I'm not sure...he's the type of person who just comes across things) and this song was on it. We both loved it and we'd play it over and over again.

Given that my mom played James Taylor's Greatest Hits to death, I know every lyric back and forth, so it's something when I say that this song has the most memorable lines of any of his songs, lines that recur to me at the most random of times:
As far as I can tell there's no real story to the lyrics; maybe it's about a past romance or friendship, or even a family member. Clarity isn't the point. Instead, the song creates a feeling; a general sense of resignation and thoughtfulness that suits any sort of reflective mood.