The Summer of Speedwagon

May 23, 2019
In the history of 3 Minutes, 49 Seconds, I have four times taken on the task of writing about every single album by a particular artist.

I started where my music fandom started, with The Beatles. Next came XTC, then The Monkees, and finally "Weird Al" Yankovic.

This summer I'm embarking on another every-album project, albeit one of a different nature. Over the next 17 weeks I'm going to write about each of REO Speedwagon's 15 studio recordings, their 1977 live album, and the 1988 compilation, The Hits. Two of these will serve as "Rock Solid" and "Rock Bottom" entries. 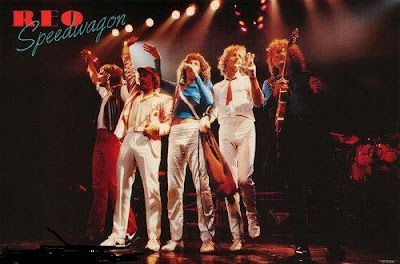 There's a major difference between REO and those other four bands; the Beatles, XTC, The Monkees, "Weird Al" have each at some point in my life been my favorite musical artist. I was very familiar with their songs and histories when I started to write about them,

This is certainly not so for REO Speedwagon. Before starting this project, I only owned one non-compilation REO album (1980's Hi Infidelity), and had zero knowledge of their history.

That's not to say I don't have affection for them. I grew up in the 1980s, so they were a constant radio presence, likely even moreso where I grew up than in other parts of the country because they got their start in Champaign, Illinois is just 50 miles from my hometown of Bloomington / Normal.

So why REO Speedwagon? Having spent the past six years immersed in researching and writing books on three different topics, I've learned that the best in-depth projects start with a combination of factors. I need to have affection for and curiosity, but also a certain level of ignorance, about the topic. I also find myself pulled to subjects that haven't been given any serious or deep examination. Writing about REO fits all these criteria. On the latter point specifically, I'm fascinated by the dismissal and derision the band have received from rock historians, critics, and snobs. Over the years, we've seen many once-ridiculed acts get reassessments, including REO's arena rock compatriots Journey and Styx (largely thanks to The Sopranos and Freaks and Geeks, respectively), but REO have not had that moment.

And maybe they won't. In his otherwise positive review of Hi Infidelity, All Music critic Stephen Thomas Erlewine wrote: "It's easy to dismiss REO Speedwagon, since they weren't hip at the time, and no amount of historical revisionism will make them cool kitsch." It's no coincidence the band were used in the movie Billy Madison to illustrate just how out-of-touch the main character was. 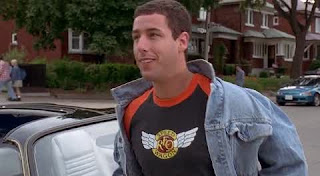 I'm not out to revise history nor to parse out levels of "cool" but I do want to treat REO and their story with respect and gravitas that they haven't quite been afforded. My hope is that that mindset combined with my limited foreknowledge will foster a sense of discovery as I traverse the band's discography. In that spirit, each write-up will much more of an exploration / examination of the album than an assessment or review of it.

So, I hope you'll join me each Friday afternoon this summer as we travel from 157 Riverside Avenue to the top of the charts and back down again.