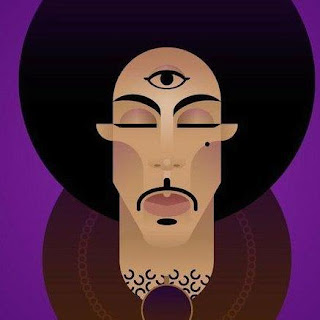 The recent third anniversary of Prince's death set me off on a relistening jag. For whatever reason, I started with 2004's Musicology and moved forward from there to his final album, HitnRun Phase 2. This aural marathon has led me to a few conclusions about the final phase of Prince's career.

Overall, I find it much easier to appreciate all of his end-of-career albums and songs now that we know there's not any more where they came from. I like 2006's 3121 better than Musicology, which is a reversal from how I initially felt. 20Ten, which was included as newspaper and magazine giveaway in Europe, is an underrated disc that deserved a wider release. And while his final four albums are inconsistent, they're also full of gems.

1. "Dear Mr. Man" (from Musicology, 2004)
It's not one of the more discussed aspects of his music, but there's a strong thread of social consciousness that runs throughout Prince's songs, and it definitely got more pronounced in his final decade. Here, over a funky guitar line and horns, he touches on war-mongering, environmental destruction, capitalist immorality, and economic injustice, and even quotes the 14th amendment.

2. "Black Sweat" (from 3121, 2006)
Of all the tunes Prince released in the '00s and '10s, "Black Sweat" is the one that most deserves to stand shoulder-to-shoulder with all of his best songs from the '80s and '90s. It should be on every Prince hits compilation released from here until the end of time.

3. "Lolita" (from 3121, 2006)
A superfun dance song, with layers of hooks, a participatory call-and-response, and hilarious lyrics and delivery.

4. "Guitar" (from Planet Earth, 2007)
Manages to be both a satisfying lyrical kiss-off and a pointed reminder of just how much of a six-string god Prince was.

5. "Dreamer" (from Lotusflower, 2009)
Back to the socially-concerned Prince, this one more laser-focused on a single issue: race relations. He invokes Martin Luther King, Jr.'s assassination and the way it ripped off his blindfold about what it meant to be black in the U.S. "Peanut butter logic, served on a bed of lies / Don't go down too easy when you've seen your father cry."

6. "Dance 4 Me" (from MPLSound, 2009)
I almost didn't include this because it feels a bit by-the-numbers for Prince, but then I realized that he shouldn't be a victim of his own facility for creating grooves. If nearly any other artist released a song this lithe and catchy it would be a career highlight.

7. "Lavaux" (from 20Ten, 2010)
I love absolutely love the vibe of this one with its dancey synth, chicken-picked guitar, and rich melody. The lyrics are relatable but problematic, mentioning some of the same ills as "Dear Mr. Man" but choosing to try to escape from them rather than confront them: "As for me, I'll laugh and go to the mountains where the waters flow / Back to the vineyards of Lavaux."

8. "Anotherlove" (from Plectrumelectrum, 2014)
A stirring break-up tune with searing guitar work and a passionate vocal.

9. "This Could Be Us" (from Art Official Age, 2014)
Perhaps the first major song to arise from a meme. The meme typically shames a noncommittal romantic partner by pairing a photo of an iconic couple along with the words, "This could be us, but you playin'." One of the most popular of these used a still from Purple Rain featuring Prince and Apollonia on his motorcycle, and this reportedly inspired Prince to write a song around it.

10. "June" (from Hitnrun Phase One, 2015)
Never known as an especially personal or confessional songwriter, his later years found Prince opening up and showing some vulnerability. The dreamy "June" - named after his birth month - has inscrutable-but-evocative lyrics. Prince free associates while boiling some pasta, letting his mind wander over the meaning of life, a broken relationship, and Richie Havens. The line, "Sometimes I feel I was born way too late. / Shoulda been born on the Woodstock stage, but I'm just here waitin', and waitin', and waitin'" could be a throwaway, but it could also be a doorway into his mind. It's songs like this that make me realize how much we're missing out on by not being able to hear Prince continue to write and evolve.

11. "Free Urself" (single-only, 2015)
A sunny message of affirmation that sounds like it could have slotted into 1985's Around the World in a Day.

12. "Stare" (from Hitnrun Phase Two, 2015)
Features a nasty bassline and punchy horns. I love the self-referential moments ("We used to go on stage in our underwear" and the interpolation of "Kiss") and the final line: "Last things last / I need your number fast / I'd rather let the music talk / While you and me walk into the past."