So You Wanna Be a Rock 'n Roll Critic: Lesson 5

September 11, 2009
Welcome to So You Wanna Be a Rock 'n Roll Critic, a ten-part instructional feature that will provide you with all the tips and tricks you need to become a real life music reviewer. As a matter of process, I've taken these lessons from exhaustive research into printed music reviews in Entertainment Weekly, Q, The New Yorker, Musician, Rolling Stone, and Spin. Additionally, I've looked into the uberhip perspective of Pitchfork.com. I also read many pieces by the godfather of music reviewing, Lester Bangs. And finally, I have not shied away from an examination of my own work here on 3 Minutes, 49 Seconds.

Lesson 5: I'm Looking Through You

Once you become a real life music critic, you may find that a certain segment of the population doesn't afford you the respect and admiration you deserve. You may feel the need to justify spending your career devoted to something that, for most people, is little more than a pleasant diversion.

That means it's up to you to show them the grim seriousness and undeniable gravity of pop music. It's not enough to simply write about an album and whether or not you like it, you must find some historical, cultural, or philosophical significance in the music. Through your writing, you must elevate the artform into something magnificently transcendent.

Many songs and albums have themes to them, and in these case all you have to do is point them out. It doesn't take a PhD to suss out that Beck's Sea Change album is about romantic loss. But it does help to dress it up into universal philosophy, as New Yorker critic Alec Hanley Bemis does. "Beck offers no solution to the problem of loss," Bemis writes, "but he describes how tightly we grasp our illusions and misperceptions. Even in a reflective mode, he suggests that the meantime is all there is." Or take Jan Dolan's (Entertainment) assessment of the Scissor Sisters song She's My Man in her review of the band's second album, Ta-Dah. The song, she says, "is a hugely catchy ode to New Orleans set to the tune of Elton's I'm Still Standing, a Mardi Gras regular's lamentation of the 'rains like Revelations' that turned our nation's den of decadence into an apocalyptic hellhole." In addition to the historical significance she describes, Dolan gets two gold stars for using a comparison (Lesson 2) and slightly vague figurative language (Lesson 1).

But this stuff is child's play; you shouldn't concern yourself with simply explaining painfully obvious intentions behind songs. Listeners can figure that stuff out for themselves. Extrapolation is where the master music critic makes her mark. By extrapolation, I mean inferring or conjecturing meaning that might or might not be there. Luckily, most musicians can't help but being a little bit vague in their songs, and this leaves the field wide open for your own lofty interpretations. 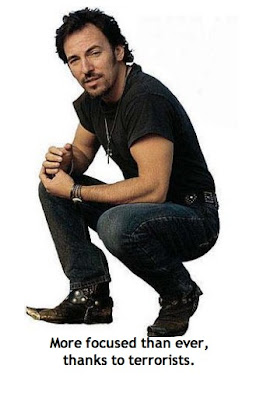 Take Kristine McKenna (Musician) and her summary of David Bowie's Never Let Me Down album. She calls it "an apocalyptic manifesto masquerading as a collection of dance singles...rooted in an unrelenting anxiety that threatens to explode into hysteria." Given her limited word count (it wasn't a lead review) McKenna doesn't have space to provide any specific examples of this statement, and nevermind that half the songs don't really fit her stated theme. All that's important is that she makes the album seem socially relevant.

Entertainment's David Browne usually can't be counted on for tangential meaning-making, but he goes admirably off his usual path in his review of Bruce Springsteen's 2002 album The Rising. Many songs on that record did concern the 9/11/01 attack on the World Trade Center, and Brown rotely points this out. But then he ups the stakes with a bravura display of bravura. After calling Springsteen's '90s work "soggy" he says, "in what could be called a positive development in light of so many negative ones, the post-Sept. 11 world has refocused [Springsteen's] songwriting." In this case Browne's not elevating the music with a connection to real-world events, he's elevating the events for their effect on a musician, putting the music at the center of it all. Sure 9/11 was awful but it made Springsteen good again, so we can't complain TOO much.

And once again Lester Bangs proves himself to be the master. He had a unique ability to conjure whisper-thin connections between what he was listening to and whatever seemed relevant to him at the time. In fact, to Bangs, a record's worst offense was to not have any meaning, which is how he felt about The Rolling Stones' 1976 Black and Blue. In fact, he takes this as an irreversible condition: "They really don't matter anymore," he says of the band, "or stand up for anything." He goes on to say that now they can adequately compete with Aerosmith (a frequent target of Bangs' derision) and Barry Manilow (this, by the way, displays an frighteningly strong grasp of Lesson 3). 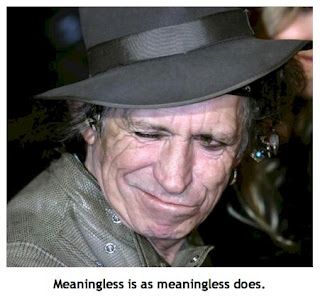 And why should Bangs not be upset? An album with no real meaning prevents a critic from working himself into a hyperbolic lather, as Bangs does when he claims that Patti Smith's Horses album "has done more for woman as aggressor than all the Liberation tracts published, and has pushed to the front of the media eye that it is just as much of a process (ordeal) of learning to 'become' a 'woman' as it is for men wrestling with all of this ballyhooed 'manhood' business." If Bangs lost you there, that's okay. I'm pretty sure he was trying to lose you.

Bangs gets that often criticism is not even really about the music, it's about working out your own issues with the world, giving them an everyman quality and making it all seem so terribly, terribly grave. One last example: The Talking Heads' Fear of Music album elicits from Bangs a long rant about the modern culture of neuroses. "We're all terminally psychotic," he says, "and no doctor, pill, book, or guru holds the cure." Nor does music, obviously.

I'm glad you've chosen to spend your few precious lucid moments with me here today, and I hope you'll join me again next week for a midterm review.

Alex said…
I was prepared to leave you a 2500-word manifesto on how this post changed my life and my attitudes towards art, life, love, and pornography.

But the picture of Keith scared me too much!
9:29 PM