Back to School Special

September 07, 2009
The summer of 2009 is not one I'll remember as being especially fruitful for new music. Even so, here are brief reviews of the three albums that got the most spins from June to August. 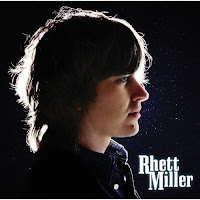 Miller's third solo effort is all about the dark side of romance, and works best when Miller matches his downer lyrics with exuberant pop melodies. This happens a lot in the album's first half, with Nobody Says I Love You ("celebrate love when it's over, celebrate love when it's gone"), Like Love ("she wanted things that I couldn't afford, like love"), and I Need To Know Where I Stand ("you tell me that you love me, but you won't even hug me") leading the way. Additionally, Caroline, If It's Not Love, and Resisting Temptation hit most of the right notes.

A couple of songs find Miller branching out lyrically, with mixed results. Happy Birthday Don't Die is a futuristic garage band rave-up with shades of Dylan's nonsensical lyrical imagery ("colony planet spins / the new unified government sleeps"). Another Girlfriend is a country lilt with funny lyrics: "the last thing I need / is another girlfriend / two's enough for me / and you would make three". Both are interesting, but neither begs for repeated listens (unless you're trying to parse out the story in Happy Birthday Don't Die).

The album drags in the second half thanks to an overdose of slower tempos. The hypnotic Lashes is a pleasant exception, and it's no coincidence that it's the only truly positive song on the album ("I could live on your love / and nothing else if I had to"). So while Miller's gift for songcraft is still fully intact, I wish he'd spent a little more time thinking about sequencing. 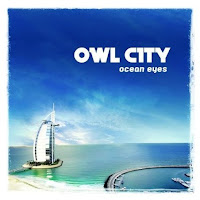 Adam Young started out making songs in his basement in Owatonna, Minneota. Then he put them on MySpace and things went a little crazy. The song Hello Seattle caught on (it currently has 6,604,145 plays) and Owl City became a sensation.

Ocean Eyes is his Young's major label debut, comprised of new and old recordings. The music is straight-up '80s synth pop with a bit of electronica and dance thrown in. This, combined with Young's boyishly open vocals, tendency to write metaphor-heavy lyrics, and frequent use of a female countervocal (there are three different ones on Ocean Eyes) bring to mind one very specific comparison. Do you know what it is? Yep, the Postal Service.

Normally, this type of specific aping would be a turn-off, but since the Postal Service apparently has no plans to make a second album, why shouldn't someone else pick up the torch? Highlights are many, including Cave In, Tip of the Iceberg, Fireflies, The Saltwater Room, and Tidal Wave, all of which evoke a carefree road trip with a widescreen landscape laid out in front of you.

Young is young (he was born in '86!), and his lyrics sometimes show it. The dramatic romantic thing can get old over 13 songs, and some of the songs are catchy to a fault (The Bird and the Worm is the worst offender; I will not be voluntarily listening to it again for fear of having it stuck in my head for two weeks following). But overall Ocean Eyes is a strong debut that reveals a clear new talent.

Grade: B
Fave Song: Tip of the Iceberg 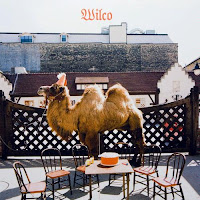 I haven't truly enjoyed a new Wilco album since Summerteeth. Don't get me wrong. I admired Yankee Hotel Foxtrot, A Ghost Is Born, and Sky Blue Sky to varying degrees, but admiration is not the same thing as enjoyment.

The good news is that I really enjoy Wilco (the Album). The bad news is that I can't really tell you why. I'd like to be able to tell you that the band has returned to their roots or that Jeff Tweedy has found his singular songwriting voice again or that there are no more psychedelic freakouts, but none of that is truly the case.

Fact is, sometimes music just hits you in the right way and the reasons are basically ineffable. That said, Wilco (the Album) is full of good stuff, like the opener, Wilco (the Song). I truly believe every band should have a theme song. One Wing, a look at a crumbling relationship, is kind of haunting. You and I, the duet with Feist, may be a naked hitmaking effort, but it sure sounds sweet. I also like the long-view perspective (and bouncy pianos and pretty harmonies) of You Never Know: "Every generation thinks it's the worst / Thinks it's the end of the world."

I could keep listing highlights, but in the interest of time and space I'll simply tell you to seek out this record and enjoy the hell out of it.

Grade: A-
Fave Song: One Wing