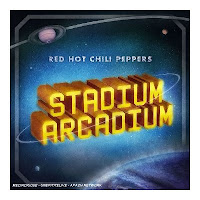 It takes audacity to put out a double album of original material. Let's face it, single albums are often overlong and inconsistent. In the age of single track downloads, putting out two full CDs just seems like shooting yourself in the foot.

Music critics even have a patented cliche to dust off whenever a double album arrives. It goes like this: "With a little editing, it would have made a superb single album." Not only do critics have a limited attention span, many of them like to fancy themselves better decision-makers than self-indulgent rock stars.

As a result, very few double albums manage to become hits commercially, critically and artistically. And thus there have been very few classic double albums released in the CD era. A short list: Smashing Pumpkins' Mellon Collie And The Infinite Sadness, Prince's Sign O' The Times, Wilco's Being There and Outkast's Speakerboxx/The Love Below. And even with these albums, you'd be hard-pressed to find someone who would stand behind every single track, and this probably includes the artists themselves!

This is all to say that the odds are not with the Red Hot Chili Peppers' latest release. Not only is rock history against it, but so is the Peppers' own personal history. Sure, they made an impressive career comeback with Californication (1999) and By The Way (2002), but both albums had their share of filler. That's why it's so surprising that Stadium Arcadium manages to stay consistently intriguing throughout 28 songs!

First some general things about the album. For one, it sounds amazing. The music jumps out from the speakers; the bass and drums crack and snap, the guitar pops like the color in a Warhol print and the vocals are warm and clear. And on the topic of vocals, Anthony Kiedis' singing voice is ever-improving, and when you add guitarist John Frusciante's airy harmonies, the results almost make me feel squirmy. Imagine Bohemian Rhapsody on every song!

A strong, nearly overwhelming sense of melody has been the Peppers' calling card since mad scientist Frusciante's return to the band in 1999. The band continues that on Stadium Arcadium, but brings back the sense of fun and funk. That combination of old and new obviously inspired them. It's nice to listen to a double album and discover that the question in your mind isn't "What songs should have been left off?", but instead, "Which disc is better?".

The first disc, titled Jupiter, makes its case early with a string of 4 near-perfect songs, from the strong single Dani California to the delicate Snow (Hey Oh) to the dancey Charlie to the title track ballad. These four songs taken as a whole almost form a microcosm of everything the Peppers' music represents. From there, I'm hard-pressed to find a throwaway. Every time a song seems like it might be disposable, it bursts into an irresistable bridge, coda or guitar solo. Standouts include Slow Cheetah, Especially In Michigan, and the jazzy closer Hey.

Mars, the second disc, comes on a bit more subtle, opening with the power ballad Desecration Smile. That's followed by Tell Me Baby, which is probably the best fusion of old school and new school Peppers. The verses are funky and comprised of rhyming dictionary lyrics, while the chorus comes on sweet and melodic. Then we have another strong ballad, Hard To Concentrate, which is contrasted nicely with the crazy bass-driven Flea-showcase 21st Century. Other highlights on disc two include Make You Feel Better and So Much I.

I can see the band's delimma. I suppose, if you were really looking to cut some fat, most of it would probably come from the second half of disc two. But that's being quite brutal. There's no one song that obviously lags behind the others. So, ultimately, Stadium Arcadium is the rare double album that seems warrented and worthwhile.

Of course, I'm obliged to say this: With some editing, it would have made a superb single album.