The Summer of Speedwagon: A Final Reflection

September 20, 2019
Summer ends Monday, and thus ends my summer of REO Speedwagon. As follows are a few stray and summary thoughts about the band.

-Despite their tumultuous history, the band have a very clean discography. Everyone who's gotten obsessive about a group knows the pain and pleasure of hunting down that rare soundtrack appearance, b-side, or solo album. Outside of The Goonies, REO didn't do original songs to soundtracks, and they have no non-album b-sides. They also didn't do solo albums or side projects. And though they clearly had the talent for it, they didn't produce or write for other artists or even really do guest appearances. Kevin Cronin did exactly one solo song, on the soundtrack for the 1989 film Sing. He sang backup on Survivor's 1983 album Caught in the Game, and on one song on Richard Marx's 1989 Repeat Offender album. Gary Richrath co-wrote a song on a Darlene Love album. In 1983 Alan Gratzer played with Eddie Van Halen on Queen guitarist Brian May's Star Fleet Project. That's it. I think all of this is a function of the fact that they were too busy being REO Speedwagon, either touring or recording, to do anything else of substance. 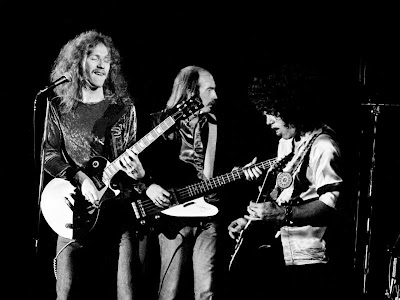 -Another thing the band knew well and wrote about often was perseverance. In fact, if there's one key word in the REO story it's "keep": "Keep Pushin' On," "keep on rolling," "Keep on Loving You," "Keep the Fire Burnin'," etc.

-I actually enjoyed the Mike Murphy era of REO Speedwagon. I seriously doubt they would have become household names with him as their singer, but the three records they made with Murphy are highly enjoyable.

-Gary Richrath's story is a tragic one. He was such a strong musical talent, and he just faded away before our eyes as addiction took over. Even his departure from the band was supposed to be temporary; Cronin has said he assumed Richrath would be back after a year or so. That he just couldn't make it happen, despite all sides wishing it would, before his premature death, is profoundly sad. While I don't subscribe to their newsletter, I do understand people who say the band shouldn't have carried on without Richrath. My open mind approach met its biggest challenge when writing about those final three albums the band did without Richrath. I basically had to view them as the work of a brand new band. 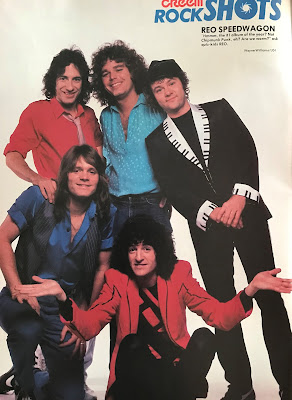 -There are a couple of misconceptions about REO Speedwagon, and these have led them to become a punchline. For one, the ballad thing. Yes, they became ultra-famous on the strength of "Keep on Loving You," "Time for Me to Fly," "Can't Fight this Feeling." But those weren't calculated attempts at hitmaking. In context, they were part of a natural evolution of the band's sound. For another, there's a general belief that the band moved away from being a "real" rock 'n' roll band and embraced synths. They didn't use synths any more than any other established band in the 1980s.

-Speaking of being a punchline, I wrote in my introductory piece about the band that I wasn't out to make them retroactively cool. It can't happen. But it's worth noting that part of the definition of cool is not caring whether you're cool or not, and that REO fits that. Also, caring about what's cool or not is something you do when you're a teenager, not an adult music critic.It was revelatory to me to attempt to approach this project without judgment or evaluation. I wasn't 100% effective at it - opinions happen - but that mindset had two big effects: 1) It prevented me from taking a snarky, smartass tone, and 2) It forced me to take every single album at face value, and not dismiss any of them outright. Being snarky and dismissive would have certainly been the easier and, one might argue, more entertaining path, but I got way more value of doing it the way I did.

-I also wrote in that introduction that REO haven't yet had their big TV moment like Journey and Styx. Shortly after that, season three of Netflix's Stranger Things, and in the first episode Mike and Eleven make out to "Can't Fight This Feeling," only to be hilariously interrupted by Eleven's adopted father, Hopper. The song continues to play as he tries in vain to start a heart-to-heart conversation, until he wises up and turns it off. Whether or not this was a watershed moment for REO is up to the collective audience, but my vote is yes.

-I was surprised to find that more than "arena rock," "corporate rock" or "hard rock" the label that best fits REO is "country rock." That seems to be where both Cronin and Richrath's sensibilities naturally fell, and once you know it you can hear tinges of it even in their biggest hits. Dolly Parton herself covered "Time For Me to Fly" in 1989. I'm actually pleasantly shocked that REO haven't done one of those awful albums where they remake their hits as duets with popular Nashville stars (I guess they tried it, amusingly dubbing the project REO Haywagon, but have thankfully not released the results). 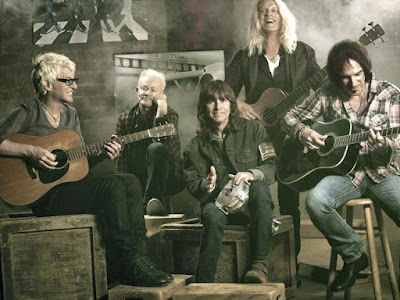 -A few weeks into my work, my friend Richard hepped me to the fact that REO would be performing in the Chicago area in August. In what I had dubbed "The Summer of Speedwagon" how could I miss a chance to see them? The show was at the Rosemont Theatre, a nice kind of a place with valet parking, ushers, and a lobby and all of that. I've seen plenty of rock concerts in similar theatres, but I haven't been to one where the audience acted so much like a theatre audience. Considering their subdued behavior, I wouldn't have been surprised to see audience members holding opera glasses. This certainly wasn't the band's fault. They had more energy and sounded better than any group whose members are pushing their seventies have a right to. Older singers typically lower their register and strain to hit notes they used to, but Cronin was right on. And the background harmonies from Bruce Hall and Dave Amato were so good that I started to wonder if they were being piped in. To the audience's credit, they did show some enthusiasm for an acoustic version of "Golden Country" and they sang along to every word of the big hits ("I Can't Fight This Feeling," "Take It On The Run," and "Keep On Loving You"), producing goosebumps for me each time.

-In the entries for Hi Infidelity and Life As We Know It, I promised to reveal my favorite and least favorite REO records. Within the context of the Rock Solid and Rock Bottom features I only considered the albums with Cronin and Richrath both in the band, so in that case my favorite would be 1982's Good Trouble. Kevin Cronin regularly dismisses it in interviews, but I find the album consistently enjoyable throughout. My least favorite is R.E.O./T.W.O. Not a terrible record, but no one is at the top of their game yet and the title and artwork also leave much to be desired. Oddly, I'm also no big fan of 1984's Wheels Are Turnin'. Outside of "Can't Fight This Feeling" and "I Do' Wanna Know" nothing there really connects with me.

-Finally, 1988's The Hits remains the best single-disc intro to the band, and the only one a casual fan needs. But if you wanted to go just a bit further, here's a companion comprised of great album tracks. Since The Hits is non-chronological and comprised of 14 songs, I followed those same rules. (If you're an Amazon Music subscriber, you can listen to it here.)

Final Thought:
Here are the logos for Steak 'n Shake and REO Speedwagon, both Illinois originals.