4 the Tears in Your Eyes

I've had a few days to calm down and process, so it's not hyperbole when I say that no music-related death that follows will be as impactful for me as this one.

Okay, just the act of writing that sent me on a morbid thought exercise, so I'll qualify the statement. No doubt there are several artists whose eventual deaths will be very tough for me. I won't be ghoulish and list them, especially given how this year has gone for musician deaths, but I can safely say none will match the circumstances of Prince's death. For one, with none of them have I shared the same home city for nearly two decades. None of them are so prodigiously prolific that their deaths will rob us of literally hundreds of songs and performances. And only a select few have as much music that has ingrained itself so thoroughly in my head as Prince has.

In fact, this very blog was once called Pop Life, after the 1985 Around the World in a Day track (I changed it when the Star Tribune music blog began to use the same name). The sister blog where I wrote about movies featuring musicians was called Baby, I'm a Star, after the song on Purple Rain.

There have been so many fantastic and insightful eulogies for the man over the past few days, and one of the small bright spots of his death has been the outpouring of love for his music coming from so many different places. It seems like everyone is appreciating him at the same level as I do, for however long that lasts. So it seems superfluous for me to to try to summarize his artistry on any macro level. Instead, I'm going to keep it personal. 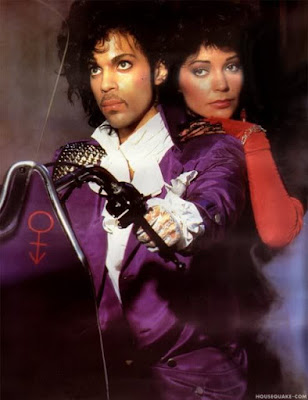 My first awareness of Prince came in the summer after second grade. The daycare I attended gave us what seemed like an inordinate amount of time for unstructured play. We were often unleashed in a large open space that had been divided into several stations. There was an art table and a listening station with a record player. There was a TV corner (with a VCR and copies of movies such as Breakin' 2 and Conan the Destroyer). There was a section curtained off with mats for tumbling. That's where Stephanie Benedict and I would role play hero and heroine type games drawn from cartoons and films. Usually we were on the same wavelength with our choices, a He-Man and Tee-La here, a Heathcliff and Sonja there, but one day she insisted I be Prince and she be Apollonia. I was baffled. "You know, from Purple Rain!" she said. She told me that I drove a purple motorcycle and that she and I were passionately in love. Of course I went along with it.

I was a devoted Top 40 listener in my youth, so of course Prince's songs were part of my soundtrack, but I didn't buy any music for myself outside of ("Weird Al" tapes) until I was near the end of high school. And I didn't glom onto Prince until the end of college, when I finally bought The Hits / The B-Sides. I listened to that compilation on a steady loop through the summer of 1999 (naturally). And then I moved to Minneapolis. To Uptown, specifically, a place Prince had immortalized in song in 1980.

There wasn't a true cause and effect there, but it did seem like a sign that when the opportunity to move to the L'Etoile du Nord, I had "Pink Cashmere" running through my brain. And once I was living in the Purple One's home city, going to concerts at First Avenue - the venue he put on the map - and meeting people who'd actually been in his presence, my fandom blossomed. It wasn't long before I owned nearly everything he'd recorded. And I finally watched Purple Rain and was blown away by the performances, the atmosphere, the charisma, and the fact that Stephanie Benedict's parents let her watch that at age 8. 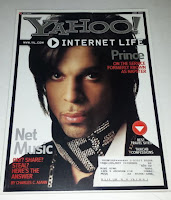 I never had an encounter with him, as much as I hoped to. The closest I got: My friend Marilee was working one evening when Prince and a bodyguard came into the Barnes and Noble near Lake Calhoun. I didn't just hear this after the fact. No, Marilee called me while he was there. I picked up the phone and heard her hushed, strained voice: "Paul! Prince. is. in. the. store. What should I say to him?" I think I suggested that she recommend Jonathan Lethem's Motherless Brooklyn, which featured a Prince-obsessed main character, but I can't remember if she actually did it. As it happened, Prince asked her if they had a copy of Yahoo Magazine (which, believe it or not, was a real thing), featuring him on the cover. They did; his bodyguard paid for the magazine and they left. I never met him, but I'm one degree away from someone who spoke with him. That will have to be enough.

The drunkest I've ever been was at a divey bar/restaurant called the Red Dragon, located on Lyndale Avenue in Uptown. It was the first and only time I've lost memory while drinking. But before that happened I went to the jukebox and dialed up a Prince set featuring "Raspberry Beret" and "Peach." Then I proceeded to ponder upon Prince's fascination with fruits. There's "Under the Cherry Moon," "Lemon Crush," "Tangerine"; "Christopher Tracy's Parade" mentions strawberries, and "Starfish and Coffee" mentions tangerines (again). According to the people I was with, I went on about this at great length.

The man's 2004 comeback, Musicology, was fantastic for a devoted fan. He was reengaged in being Prince, making appearances all over the place, and putting out new music I could actually get excited about (instead of albums like the instrumental N.E.W.S. and the draggy, preachy The Rainbow Children). I saw him at the Target Center that year, with The Time opening up. It was transcendent to finally witness his uncanny showmanship in person. I saw him only two more times: From the 10th row at the Orpheum Theater where he played guitar and sang backup for his then-protege Tamar (though he briefly took the spotlight to perform Partyman off the Batman soundtrack); and at the 7/7/07 Target Center show where he made us wait outside, but more than made up for it inside.

I probably could have seen him perform a few more times had I been willing to make the trek to Chanhassen and Paisley Park. I've never been the late-night type, so I wasn't ever super-motivated to stand outside late at night in a long line on the slim chance that Prince might make a fleeting appearance, perform one song, or take me to a movie (as he did not long ago with a group of partygoers). Now, of course, I wish I'd done it at least once.

Lest this piece seem like hagiography, I'll say that my love for Prince wasn't unconditional nor unqualified. His quality control wasn't always great, and so there are several of his songs that I'd be just fine never hearing again. And it's difficult for me to get past the 2008 New Yorker piece in which Prince appeared to condemn homosexuality. Now, there're some reports that say Prince was angry about that article and claimed to have been misquoted, but even if any element of it was true it's terribly disappointing. This is a man who challenged so many gender norms and sexual mores in his dress, songs, and videos and whose closest musical collaborators in his most popular period were a lesbian couple, so it's just too dissonant to think that he couldn't handle the idea of same sex love.

Just as I moved to Minnesota in the throes of a Prince obsession, I will be leaving in one as well. In a few weeks my wife, two sons and I are moving to Illinois. The fact that Prince died 28 days before we plan to vacate his home city is surely a sign that we've made the right decision. 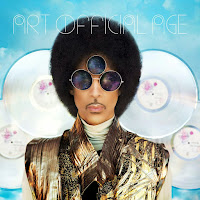 I think and hope I might be passing my passion on to my sons. In 2014 I put the Prince song "Art Official Cage" as the first track on the annual mix I create. While I was testing the mix out in the car, that song caught then-4-year-old Peter's ear. "Play it again," he demanded. Now, this was remarkable for a couple of reasons: 1) Peter hadn't shown much interest in any specific music since he was an infant, and 2) the song itself is odd, a schizophrenic mash of EDM, hip-hop, and operatic pop. So we listened again, and again, and again until it became known as his "favorite song." It's two years later and he still calls it that.

When I told him last week that the singer of his favorite song died, he said, "But we still have the disc, right?"

Speaking of favorite songs, here are 15 of mine. Of course they could change next week, but here's the current hot take:

I've written about Prince a lot over the years: Here's the official 3 Minutes, 49 Seconds Prince archive:

And here are the write-ups I did on his three films for the Baby, I'm a Star blog:
Purple Rain
Under the Cherry Moon
Grafitti Bridge