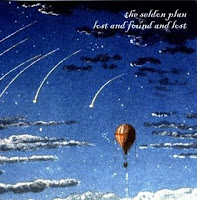 One of my favorite all-time TV shows is Felicity, which aired on the WB from 1999 to 2002. I think the show captivated me because it represented my college experience. Not that my college life was anything like Felicity's. I didn't send taped diary entries to a friend back home. I didn't spend four years vacillating between two guys (though I would have gone with Noel over Ben). I wasn't a barista at Dean and Deluca, nor did I learn tough lessons about rape, divorce, testicular cancer, and alcoholism. I did, however, cut my hair very short.

Specifics aside, what rang true about the show for me was the earnest nature of the title character and her friends. That was me in college. I was a Romantic. I turned every thought over and over. Every experience seemed deeply important. Weighty philosophical questions and conclusions abounded. I had graduated college by the time the show premiered (actually just that spring), so it was like instant nostalgia for me.

What does all this have to do with The Seldon Plan, a Baltimore band who've recently released their third album? Well, a couple of things.

For one, their lyrics capture that same shoe-gazing tone that Felicity did. While the band members aren't in college, they obviously have a fondness for the earnestness of youth. Consider lines like "French cinema taught me how to love," (from French Cinema), or "we're the hopeful ones who want the springtime back" (from the forlorn Lonely Bridgewater), or "we are young / crossing our legs / looking stern" (from standout Philadelphia and a Moment). Run, Go! recalls a party where people are "having drinks and telling stories." Majestic Mountain explicitly mentions college towns and summers. Lullabyes for Old Hearts captures the impatience of youth. "I can't wait, now!" it exclaims.

The album's opening and closing songs help reinforce the fondness for days past. I'm pretty sure Caldecott is not about the 19th century English illustrator who inspired the annual picture book award (I wish I had a lyric sheet), but when taken in conjuction with Ezra Jack Keats it seems to form a tidy bookend. Keats was a children's author and illustrator who won the Caldecott in 1963 for his book The Snowy Day. The latter, by the way, is the album's best and most audacious song, with prominent "la-la-la-la" background vocals, driving rhythms, and an extended trumpet part.

That leads us to the second reason Lost and Found and Lost makes me think about Felicity. Most of the songs on the album sound like they could have provided the soundtrack for the show, like they could have accompanied the upteenth whispered conversation between Felicity and Ben as they tried to sort out their differences, or a montage of Noel ruefully walking the city streets, consumed by his latest heartbreak.

The band sounds a little bit emo (in the hushed lead vocals, chiming guitars, and aforementioned shoegazing nature of the lyrics) and a little bit indie pop (in the abundance of choral singing, like a slightly less exuberant and esoteric version of the New Pornographers). Vocalist / songwriter Dawn Dineen is mostly responsible for the latter, her harmonies with singer Michael Nestor being a highlight on several tracks, most notably the title track and There Are Undertones Here.

Maybe you've never heard of Felicity, maybe you were one of those who inexplicably stopped watching when she cut her hair, or maybe you actively hated the show. No matter. If you are (or fondly remember being) a person who lived in your own head, with daydreams of romance and fate and deeper meanings, Lost and Found and Lost is an album that will speak to you.