January 04, 2009
The one constant in every established artist's oeuvre is the bad album, the one that's reviled by both fans and critics. Those unlovable albums are the ones this feature, Rock Bottom, is concerned with. 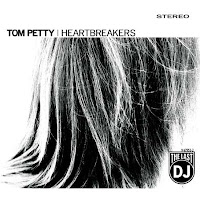 It couldn't have been any easier. Fans agree. Critics agree. I agree. Tom Petty and the Heartbreakers' 2002 release The Last DJ is their worst album ever.

Our old friend Stephen Thomas Erlewine at the AllMusic guide breaks out the dictionary when he calls the album "stultifying" which can be a legal term for mentally unsound, but also means ineffective or illogical. His ultimate conclusion about The Last DJ: "It's the first true flop in a career that, until now, had none."

Over on Amazon.com, Wade, a first time reviewer advises, "Don't take this album if it is offered to you for free because you'll still feel cheated that your time was wasted in listening to it." Matthew Meyers adds, "This gets one star because (a), there isn't a lower rating bracket, and (b) the CD itself functions in my CD player." But it's Dr. Hugh C. Paltry that cuts to the quick: "Surely the best revenge against the peurile 'tastemakers' is to make and be successful with really great music, instead of this mediocre collection."

No better service has been done to a band and its legacy than what Peter Bogdonavich's 2007 documentary Runnin' Down A Dream did for Tom Petty and the Heartbreakers. The four-hour long documentary revealed a mythology and provided a historical significance for a band most people probably took for granted. Petty himself came off as articulate, sharp, thoughtful, and funny. He also seemed like a man at peace with himself and his place both in the world and the music industry.

It's interesting because just 5 years earlier, Petty was clearly an unhappy camper. In a 2002 interview with Rolling Stone magazine's David Wild entitled "Ten Things That Piss Off Tom Petty," he rails against radio, rap lyrics, record labels, teen pop starlets, and concert ticket prices (he says his top ticket price is $65, though I think I paid at least $20 more than that to see him this past summer).

Not suprisingly, this interview was a part of the media push for The Last DJ. It was advertised as a concept album about the greed and corruption of the pop music industry. This was a good idea in theory. You see, Petty has always fought for his rights as an artist. He did this most famously in 1981 when MCA Records planned to sell his new album for $9.98, which was a dollar more than usual. Petty threatened to change the album's title from Hard Promises to $8.98 if the record company didn't back down. They did.

Fighting against the man is always cool in rock and roll, but there's a fine line between being a rebel and a curmudgeon. The former often implies a sort of activistism, misguided or not. The latter, however, is marked soley by idle negative complaining. I'm sure Petty saw The Last DJ as an act of rebellion, as biting the hands of his master. Unfortunately, since his songs merely complain about the problems without offering solutions, and since the album itself was released by a major label with all the usual trappings (print ads, tour, interviews with major media), his message was toothless.

There were other undercurrents working against him as well. Petty's previous albums, She's The One and Echo, had failed to ignite the hearts and minds of anyone besides his most devoted fans. His popularity had clearly declined. Whether this turn inspired the negativity and anger of The Last DJ or not, it still could be easily interpreted that way, painting Petty as a petulant, spoiled rock star who was not getting enough attention.

The sad part is that The Last DJ isn't even really a bad album.

Though it is supposedly a concept album, only 3 of the songs explicitly take on the music industry: the title track, Money Becomes King, and Joe. The Last DJ is a musically pristine and typically catchy tale of a DJ who plays and says what he likes and is ousted for it. In the days of Clear Channel chokehold it's timely and accurate, but is it compelling or clever? Not really. Money Becomes King is a plodding tale of an artist named Johnny who sells out, starts charging outrageous ticket prices (his fans have to sell dope and hock their possessions to afford them), and advertises light beer. Worst of all, once the song's narrator gets to the concert he doesn't see anyone like himself. Gasp! Joe is the worst of all, a portrait of a music exec who sees his artists as nothing but disposable commodities. The lyrics have no subtlety or wit and neither does the music.

Other songs touch on the themes in a kinder, gentler way. Have Love Will Travel is a sweet love song that mentions "the lonely dj's" and "the boys that play rock and roll" but its tone is more hopeful than angry. Can't Stop The Sun strikes a similarly positive note, forming an assured statement of purpose and resolve. Addressing "the man" Petty sings: "You may think that you control things / but there'll be more just like me / who won't give in / who'll rise again." And Dreamville finds Petty prettily nostalgic for his youth, "rock and roll across the dial" and his mother. It's probably no coincidence that these three songs are the best on the album. It's because they don't come from a hateful place.

The other half on the album has absolutely nothing to do with the music industry. Lost Children and When A Kid Goes Bad both touch on societal ills, runaways and gun violence respectively. Blue Sunday, Like A Diamond, and You and Me are all love songs of a sort, the last one being especially sweet and outstanding. Finally, The Man Who Loved Women is a '20s style throwaway.

None of these songs are terrible. In fact, everything besides Joe is sturdy and workmanlike at worst. So is it fair that The Last DJ gets worst album disctinction based on 3 misguided songs? Maybe not. Is the music industry corrupt? Sure. We don't really need that pointed out to us in a heavy-handed way. If Petty really was serious about changing the system, he would have become independant by now, and started performing in clubs for $10 cover. I don't see that happening. Nevertheless, I still have a ton of respect for Tom Petty and the Heartbreakers, but I'd be lying if I said listening to and thinking about The Last DJ doesn't diminish that respect somewhat.

What the album does do for me is make me resolute that I will never become an angry old man who raves about the good old days. It's just not attractive.