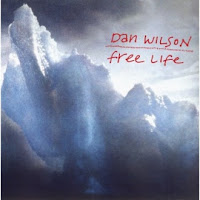 It's nearly time to unveil my top ten favorite albums of 2008, and as I ponder on those choices, I think back to lists of years past. It's a good idea to revisit these every so often, because my musical tastes can be mercurial. I almost always find a few omissions and errors. Maybe something I loved at the time just didn't hold up. Maybe an album that didn't hook me at first ingratiated itself and become a favorite.

It's definitely the latter case with Semisonic singer/songwriter Dan Wilson's first album, Free Life. You'd think an album full of love songs by a sensitive, intelligent performer would have gotten to me right away, but Free Life took its time. It happened bit by bit. I'd find myself seeking out the album specifically amidst the 1,800 other CDs in my collection. I'd catch myself humming or singing bits of this song or that one.

In retrospect, it makes sense. Wilson is not the kind of artist who's going to dazzle you; he's not Bowie or Prince. He's much more in the school of James Taylor or Paul Simon. You take their songs for granted at first, before you realize how exquisitely they're written and how you never really get sick of them.

Free Life's highlights are many, including All Kinds, the searching title track, Sugar (featuring uncharacteristically-understated vocal support from Sheryl Crow), and the driving Against History. I also like the solo version of Easy Silence - a song Wilson wrote with the Dixie Chicks for their Taking The Long Way album - that puts the focus squarely on the melody and lyrics.

There's also a pseudo-reunion of Semisonic on Baby Doll (with the other two Semisonic guys, John Munson and Jacob Slichter, on bass and drums respectively), and even though I think calling someone "baby doll" is creepy in any context, I can't deny the musical chemistry.

Speaking of creepy, I just can't get past the title of Golden Girl. Maybe Wilson should pay a little more attention to pop culture and realize we don't want to hear a love song and think of either a) Bea Arthur or b) Thank You For Being A Friend. While I'm complaining, the chorus of She Can't Help Me Now is a little too E.L.O. for comfort. Don't get me wrong; I like E.L.O., just not in this context.

But overall, this is simple, excellent album with songs that won't let go once they get ahold of you.

And of course, this reconsideration means someone's gotta get the boot from my 2007 top ten. Bruce Springsteen, I'm looking at you.