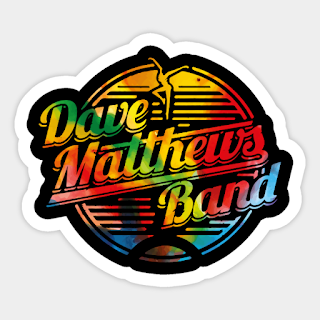 Disclaimer #1: I don't own any of the 152 live releases this band has put out and I don't play hackey sack, but I have still managed to quite enjoy their music through the years.
Disclaimer #2: My favorite DMB album is Before These Crowded Streets, if that tells you where I'm coming from.
1. "What Would You Say" (from Under The Table And Dreaming, 1994)
Along with "Wonderwall" by Oasis and "Gangsta's Paradise" by Coolio, a song that can instantly bring up memories of my freshman year of college. Dig the John Popper harmonica solo.
2. "Satellite" (from Under The Table And Dreaming, 1994)
It has become a completely overused concept, but this is still a beautiful song.
3. "Ants Marching" (from Under The Table And Dreaming, 1994)
I don't know about everyone else, but I really appreciate Dave's rapping turn ("Candy man/tempting the thoughts of a sweet tooth...") on the bridge of this song.
4. "So Much To Say" (from Crash, 1996)
Claustrophobic, swampy and bringing to mind allusions to Peter Gabriel to Talking Heads? Rarely has the band been looser or sounded better.
5. "Crash Into Me" (from Crash, 1996)
Wonderful guitar bit, mildly creepy lyrics.
6. "Too Much" (from Crash, 1996)
A sense of humor and a hoedown atmosphere make this one of my favorites.
7. "Seek Up" (from Live At Red Rocks 8.15.95, 1997)
Had this live version of a song from their self-released first album (Remember Two Things) pointed out to me as part of the Top 200 Songs Of The '90s project I did a couple years back. It has, to paraphrase Quincy Jones, an intro you can shave on, but at 13 minutes somehow manages to jam without feeling overindulgent.
8. "Crush" (from Before These Crowded Streets, 1998)
Come-ons are not Dave's strong point, but the melodic chorus redeems this one from creepsville, and there's no denying the hypnotic mood of the tune.
9. "Don't Drink The Water" (from Before These Crowded Streets, 1998)
This is pretty typical of the songs on this album. It's slightly sinister, long (8 minutes) and mesmerizing. Plus, Alanis Morissette adds her trademark wail.
10. "Sweet Up And Down" (from The Lillywhite Sessions, 2001)
Yes, I'm in the camp who believes officially unreleased Steve Lillywhite sessions were excellent, and that Busted Stuff (a rerecording of those songs) is completely superfluous. This is actually a standout that didn't make it onto the "real" album.
11. "Everyday" (from Everyday, 2001)
Dave does gospel! There was no real way to recover from The Lillywhite Sessions debacle, and articles that painted this as a record with minimal contributions from the band members didn't help. Even so, this song shines through.
12. "Dream Girl" (from Stand Up, 2005) Dave admits his creepiness, so that's an start to solving the problem. Seriously, this is a heartfelt ode, even if the music still hews a bit too much to the overly controlled Everyday sound.