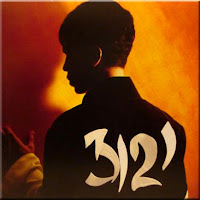 In his 2003 book Possessed: The Rise And Fall Of Prince, author Alex Hahn spends a lot of ink on Prince's supposed need for control of every aspect of his life. It's Hahn's theory that this led directly to Prince's steady decline in popularity and creativity from the mid-'90s on. At the end of the book, Hahn openly wonders if Prince will ever be able to recapture the magic of his best music.

And who could blame Hahn for wondering it? At the time, Prince seemed already a long way down the road that fallen stars like Elvis Presley and Michael Jackson had already traveled.

Then came 2004. The year started with The Artist's induction into the Rock 'N' Roll Hall Of Fame, which was followed by a surprising return to recording form, Musicology, and a subsequent tour that seemed to be a triumph in every city. Even so, it didn't necessarily mean Hahn was wrong. After all, even Elvis had his '68 comeback special. The true test is the follow-up album.

What strikes me now looking back at Musicology is how in many ways it was out-of-character for Prince. For the most part the album was concerned with contentment at home (songs like Reflection and On The Couch) and discontent with the world (Cinnamon Girl and Dear Mr. Man). And while that was a nice way to reintroduce himself, 3121 seems to indicate that the Purple One used the tameness of Musicology to get himself back in the door, and now that he's in, he's ready to get freaky again.

That is to say, his new album finds Prince back on the two topics that have concerned him for nearly 30 years: Sex and God. And while 3121 is not as consistent as Musicology, it is more passionate, and hits higher highs than Prince has seen in a long while.

The album kicks off with 3121 which comes on with a long, jagged intro and kicks in with Prince's voice distorted. It was a risk for an opener, because the first song often sets the tone for the whole record. And though 3121 is initially off-putting, it grows on you. Plus, a song like this fits snugly in the context of Prince's career. 3121 is the address of the mansion he rents in L.A., and he has a history of writing odes to places: Uptown, Calhoun Square, Glam Slam, Paisley Park. Also, nearly every Prince record features a song with the same title as the album itself. Think Dirty Mind, Purple Rain, 1999, etc.

Once that's out of the way, we really get down to business.

Prince has often had God on his mind (I mean, have you seen Graffiti Bridge?), but his current affiliation as Jehovah's Witness has made him a little bit preachy. That's okay with me, if the results are as pleasant as the old school duet Beautiful, Loved And Blessed. Performed with his talented new protege Tamar, it's an optimistic ode to feeling special. However, The Word doesn't fare as well. While the groove is enticing, it's not enough to carry the scripture-celebrating lyrics. Album closer Get On The Boat is more successful for that very reason. The feel-good, dance-around-your-apartment sound of the song almost allows you to forget the missionary bent of the words.

Sex is next of course, and I have to say I'm glad to hear The Artist getting back to his main raison d'etre, after all but ignoring the topic on Musicology. First up is an unabashed love song called Te Amo Corazon. Admittedly it was a bad choice for a first single, but as an album track it's sultry and satisfying. My favorite is the line about his brown eyes being no longer blue (since he met his sweetheart).

Other songs take on the topic of romance with a little more complexity. Take Love, one of the album's best tracks. Built on a funky blippy synth groove and featuring a lovely melody on the chorus (with harmonies from Tamar), the song's lyrics seem to admonish a woman who is not only reticent about his advances, but downright belligerent! Prince doesn't see the need for drama, and reminds her that, "love is whatever u want it to be."

He's not so calm on The Dance, a minor key lament addressed to a girl he can't have. Critics who have likened it to the Purple Rain classic The Beautiful Ones are not far off. As in that tune, Prince gets himself very worked up as the song goes on, to the point that he loses his words and can only scream and moan. It's the most passionate he has sounded in awhile! But where The Beautiful Ones was somehow comforting, I have a feeling that if you were really upset about your love life, The Dance would NOT make you feel better.

Incense And Candles and Satisfied are of a piece. Both are bedroom come-ons, even if Prince claims on the latter, probably a bit disingenuously, that "I ain't talking about nothing physical." It reminded me immediately of the old chestnut I Feel 4 U where he also talked about being satisfied, but also claimed, "I'm physically attracted to you" and somehow made it seem sexy.

As for highlights, the album has 3 definite bright spots.

First is Fury, an aggressive uptempo rock track that is also the album's most lyrically intriguing. Though I haven't quite figured it out yet, the song seems aimed at a very specific person and situation. And if you couldn't guess from the title, it didn't end well. Prince rarely gets personal in his lyrics, so it's always a treat when it happens.

Then we have Lolita, which kicks in with an astoundingly catchy synth riff and never lets up. It's a dance floor number about an underage teaser. Prince is tempted, it's obvious, but in the end only consents to dance. You will too; a groove this good this deserves to be played in every dance club. The best line: "You're trying to write / checks your body can't cash."

Finally there's Black Sweat, the current single (and the strongest one Prince has made in a long time). It's minimal, just synths and a drum machine, but it's thrilling. You'd have to be a robot not to move to this, and not one of those fancy dancing robots either! Like its spiritual predecessor Kiss, the lyrics don't mean a whole lot, but you've got to love it when a song starts with lines like, "I don't wanna take my clothes off / but I do." No one ever accused Prince of avoiding ambiguity!

So bottom line time. Maybe 3121 is not as good as his stuff from the '80s, and maybe it has one too many slow songs, but is it going to squash this career renaissance? No way. If anything, it confirms that the comeback wasn't a fluke. If his book goes to reprinting, Alex Hahn might have to re-title. The Rise And Fall and Rise Of Prince sounds appropriate on more than one level.

Note: To read my 2004 review of Musicology, click here.