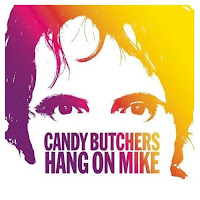 The first thing we need to establish is that the Butchers' lead singer and songwriter is named Mike Viola. The second thing is that two of these 12 songs have that name in the title (with another using it in the lyrics).

With even the blandest of songwriters you have to assume they're putting something of themselves into the lyrics, some bit of emotion or life experience. But outside of rap it's rare to find this level of self-reference. And yet, it doesn't bother me nearly as much as it should, probably because this is kind of a concept album.

The concept is that Mike is just on the brink of giving up, especially on his music career, and he needs all the encouragement he can get, even if it comes from himself. Hunker Down, Sparkle, and Superkid all deal with this to some degree, but the title track is the clearest statement: "If there's one thing you're good for," Viola tells himself, "it's another song."

And he proves it too, with some non-concept fare like the power-pop gems Not So Bad At All and Nice To Know You.

Completing the opposite ends of the self-reference spectrum are Painkillers and What To Do With Michael. The former is a hushed meditation on losing someone close to you, and Viola lays himself bare on it. And then there's the latter, which is a cute summary of how he met his girlfriend (or wife?). It's a winning song whose considerable charm is only slightly diminished by the use of the third person.

But hey, they always say to write what you know.

Rating: B
Fave Song: Nice To Meet You

Lee said…
Such a brilliant album. Read my detailed review of 'Hang On Mike' here: http://realgonerocks.blogspot.com/2011/01/candy-butchers-hang-on-mike.html
3:42 AM