12 by The New Pornographers 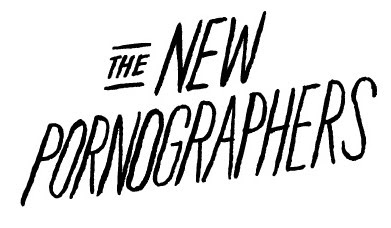 For twenty-two years and eight albums The New Pornographers have been providing us with uncategorizable-but-irresistible pop songs laden with stacked harmonies, counter-melodies, and cryptic lyrics.
If you have Amazon Music Unlimited, you can listen along here.
1. "The Slow Descent into Alcoholism" (from Mass Romantic, 2000)
Opinion: The best New Pornographers songs feature A.C. Newman and Neko Case singing in tandem.
2. "All For Swinging You Around" (from The Electric Version, 2003)
Opinion: The best New Pornographers songs feature Neko Case on lead vocals.
3. "A Testament to Youth In Verse" (from The Electric Version, 2003)
In truth, I generally just sit through the Dan Bejar songs waiting for the other ones, but I do genuinely love this song (and "Myriad Harbor" from Challengers).
4. "The Bleeding Heart Show" (from Twin Cinema, 2005)
For my money, their most thrilling moment on record. When the voices start stacking up on one another? Chills every time. Also, you've gotta play along on air drums or you're not doing it right.
5. "Use It" (from Twin Cinema, 2005)
"Two sips from the cup of human kindness and I'm shit-faced."
6. "All the Old Showstoppers" (from Challengers, 2007)
Opinion: The best New Pornographers songs feature A.C. Newman on lead vocals.
7. "Crash Years" (from Together, 2010)
So many instrumental earworms in this song: the whistling, the cello, the way Neko stretches the word "rule" into four syllables.
8. "Champions of Red Wine" (from Brill Bruisers, 2014)
Chills every time.
9. "Dancehall Domine" (from Brill Bruisers, 2014)
"Ooo-oh-oh-ooo-oh-oh-oh"
10. "Whiteout Conditions" (from Whiteout Conditions, 2017)
Opinion: The best New Pornographers songs feature A.C. Newman and Neko Case trading off lead vocals.
11. "Avalanche Alley" (from Whiteout Conditions, 2017)
The drums on this sucker!
12. "You'll Need a Backseat Driver" (from In the Morse Code of Brake Lights, 2019)
"If you're going to travel, never arriving, you'll need a backseat driver."

Richard said…
This was a great recap of their career for my morning walk!
8:08 AM