Here's how it works: I've consulted two main sources. The AllMusic Guide provides the professional critical point-of-view and Amazon.com offers the fan perspective (because most people who choose to review albums on Amazon are adoring fans of the artist in question). The album with the highest combined rating from both sources is the one I'll consider the best.

An artist's entire body of work is eligible, with two exceptions: No compilations (i.e. greatest hits) or live albums. In each case, I'll also share my personal favorite album by the artist in question, as if you care.

The wonderful and terrible thing about this Rock Solid method is way it subverts expectations.

If you had asked me before I looked at the numbers, I would have predicted the battle for Rush's best album would be between 1976's 2112 and 1981's Moving Pictures. I was close; those two were in the top three. I didn't predict the dark horse from 1980, Permanent Waves. It actually tied Moving Pictures for the highest combined rating and then won the tiebreaker, garnering a higher percentage of 5 star ratings from Amazon.com reviewers. 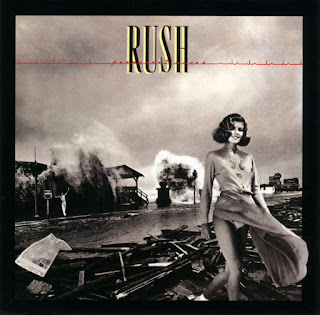 Since it was so close, this is a case where the reasoning takes on a special importance. Unfortunately Greg Prato's AllMusic review is more informational than evaluative. He says that Permanent Waves found Rush incorporating new wave elements while keeping their "hard rock roots intact," and points out that this got them their biggest hits to that point, Freewill and The Spirit of Radio. His only judgement comes in the final line: "Permanent Waves is an undisputed hard rock classic, but Rush would outdo themselves with their next release." Which, of course, was Moving Pictures.

So Prato makes no compelling case for Permanent Waves. In fact, he does the opposite. But what about the Amazon reviewers?

Indigo Larson feels that, in the unrealistic theoretical situation of a person being allowed to purchase only one album per artist, Permanent Waves should be your Rush selection. Samhot says it's a great introduction to the band: "This would be a perfect place to start for anyone interested in Rush. Features a nice balance of complex musicianship and accessibility that's hard to beat." Similarly, Bill R. Moore writes that Permanent Waves has "the best of both worlds" in terms of bridging early and later Rush.

This is a good start but then something starts to happen in the subsequent reviews, an avalanche of comparisons to Moving Pictures. You know the advertising adage that only the (perceived) inferior product has to mention its rival? Well that seems to be the case here. It would be okay if reviewers brought up the comparison to genuinely argue for Permanent Waves' superiority, but instead we get the following:


Then we come to K. Parsons, who starts out definitively touting Permanent Waves as the best Rush album, and then

Natural Science is the second-to-last great Rush opus (along with The Camera Eye), and "Spirit of Radio" is just as wonderful a radio oriented song as Tom Sawyer....Oh, yeah, I nearly forgot - Rush doesn't get any more "Rush" than on Freewill - the fantastic solos, Randian lyrics, explosive drumming and again, Alex just soaring... reminds me of Red Barchetta a bit. Hmmm. Looks like I'll have to take TWO Rush CD's - this one and Moving Pictures after all. They really are quite inseparable."

If you lost the thread, Parsons compared a bunch of Permanent Waves songs to Moving Pictures songs and then realized how much he or she loves the latter record.

Obviously none of this convinced me that Permanent Waves deserves to be considered the best Rush release, though as always I bow to my methodology. And it is a great album, with the atheist mission statement of Freewill, the optimistic pessimism of The Spirit of Radio, the confessionally affecting Entre Nous, and the instrumental thrills of Natural Science. Wait, did I just talk myself into declaring it my favorite Rush record? No. Moving Pictures still gets the nod, with Roll the Bones (seriously) not far behind.