March 17, 2011
Here's the drill: 12 songs to summarize an artist's career, in chronological order (of course). This one features... 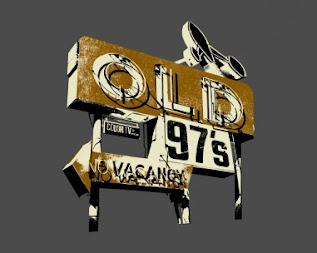 All hail the masters of loud-folk-power-pop alt-country!

1. "If My Heart Was a Car" (from Hitchhike to Rhome, 1994)
Lays out a rough blueprint for the band: Fast tempo, country roots, raw but controlled vocals, and metaphor-laden lyrics about how fucked-up romance can be ("If my heart was a car / you would have stripped it a long time ago").

4. "Timebomb" (from Too Far to Care, 1997)
A perfect marriage of music, lyrics, and performance. The narrator is about to lose control, and the song spends its entire 3 minute lifespan walking on the right side of chaos.

6. "Murder (or a Heart Attack)" (from Fight Songs, 1999)
This catchy tune has a chorus that goes "And I may be leavin' myself open to a murder or a heart attack / But I'm leavin' the back door open 'til you come home again." It could easily be interpreted to be about a rocky romance, but it's actually about a wayward cat! Somehow that makes me like it even more.

7. "Valentine" (from Fight Songs, 1999)
There's typically one or two songs on every Old 97's album on which bassist Murray Hammond takes lead vocals. I have to say I'm not a huge fan of those songs, except for Valentine. Over an understated arrangement, Hammond details how "it's a lonely, lonely feeling when your Valentine is wrong."

8. "Bird in a Cage" (from Satellite Rides, 2001)
Any number of songs could have represented the excellent Satellite Rides album, but I chose this one because it perfectly describes an unfortunate romantic situation I was trapped in, and the way I justified it: "I may be a bird in a cage, but at least it's your cage."

9. "Designs on You" (from Satellite Rides, 2001)
In which that rascal Rhett goes after a taken woman: "I don't mean to get you excited / Except secretly I do."

10. "Won't Be Home" (from Drag It Up, 2004)
Picked this one mostly for the chorus, which plays on repeat in my head on a fairly regular basis.

12. "The One" (from Blame It On Gravity, 2008)
The lyrics of this clever number recast the band members (three of whom are mentioned by name) as audacious bank robbers who feel so confident that they choose Highway 101 in Los Angeles, a notoriously traffic-heavy stretch of road, as their escape route. It's really about the band's experience signing a deal with Elektra records, recording in L.A., and feeling like the world is their oyster.

Windfarm said…
Nice list, although FYI, some of the songs are reversed in regard to being on Wreck Your Life & Too Far to Care
3:00 PM

Hotmail is known as the first email service in the world which is provided by Microsoft. Similar to Email accounts of Google or Yahoo, Hotmail is provided to users free of charge with easy account creation and high security.
hotmail sign up | log in to hotmail | hotmail review | close hotmail account | create a hotmail account