September 21, 2010
"If you only own one album by Prince it's gotta be [insert masterpiece here]."


Dearly beloved, we are gathered here today to get through this thing called Rock Solid.


Prince Rogers Nelson has four albums that fans and critics have singled out as the Cream of his crop (sha-boogie-bop). Statistically, they're tied, each receiving perfect ratings from the critics at the All Music Guide and the fan reviewers at Amazon.com. This is where we have to start splitting hairs, looking at the percentage of 5-star reviews on Amazon. Dirty Mind (1980) has 78%. 1999 (1983) has 83%. Sign 'O' the Times (1987) has 85%. And Purple Rain (1984) has 86%. Thus we declare our winner by one measly percentage point. That's as close as it has gotten thus far, folks. 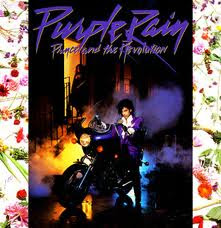 Purple Rain was the companion album to the film of the same name, and to put it mildly, was a wild success. It spent 24 weeks at #1 on the Billboard album charts (that's almost half a year!) and has sold over 13 million copies to date. It made Prince a household name, and is single-handedly responsible for the "Parental Advisory: Explicit Content" stickers that made it so easy for youths to find their new favorite albums and artists (the story goes that Tipper and Al Gore bought the Purple Rain album for their children as a Christmas present, were subsequently scandalized and outraged by the song Darling Nikki, and created the Parents' Music Resource Center, thus the stickers).


Besides being a commercial success, the album was hailed as an artistic achievement too, with Prince and the Revolution hitting on a stirring blend of musical styles. All Music Guide king Stephen Thomas Erlewine hails the unconventional and eclectic nature of the album's songs, calling Purple Rain "a stunning statement of purpose that remains one of the most exciting rock & roll albums ever recorded."


Bold words, but they pale in the face of the enthused Amazon.com reviewers. Tall Paul (not me, I'm only slightly above average height) says, "This is by far the greatest album he ever released." John Smore remarks (in Prince-speak nonetheless): "Nothin' more 2 say. Purple Rain is the album every artist should dream 2 record, it's necessary in every house, like the Bible." Amneziak believes that the album is "one of the most highly respected soundtracks in the history of our generation." And Elizabeth Johnson opines: "Fast service. Like new CD. Plays like new."

The Amazon.com reviews also contain an inordinate number of comparisons to Michael Jackson's Thriller, mostly because the two albums were dominating airwaves at the same time and they were both by crossover black artists. Even so, this shows Purple Rain's rarified company. But don't take my word for it. Jay West declares: "The record sells [sic] may say that the biggest seller of the 80s was Thriller but for me the real be all, end all of the 1980s music, for rock, funk, dance, and tender ballards [sic] will always be Purple Rain." I, too, love tender ballards. JGC adds, "the differences between Michael and Prince were very subtle; almost like the differences between The Addams Family and The Munsters." I have nothing to add.

But it's not all rosy. A few unenlightened souls decided to praise the album while slagging off the film. Take Elvis Costello's Weiner for example. He states: "Of course, the movie is really stupid but we all know that." This is, of course, crazy talk. The movie is awesome.

A bigger problem is how many reviewers love Purple Rain but still don't believe it's Prince's greatest achievement. Costly Sunglasses starts off the parade: "Purple Rain is a timeless masterpiece. And it's not even his best album." However, he or she declines to offer an alternative. Others were more specific. Finalanu thinks Dirty Mind is better. Reviewers such as Ronald Washington and Movie Buff give the nod to Sign 'O' the Times. And Essence UK thinks Dirty Mind, 1999, Sign, AND Emancipation are all superior. Emancipation? Really? Doctor Mindbender restores some sanity when he writes, "Many people will point to Sign 'O' the Times or 1999 as Prince's best effort, but neither of these albums boast a collection of songs that cling together so organically, or pulse with so much energy."

I have to agree. 1999 has some Delirous highs, but a lot of filler as well. Sign 'O' the Times is probably Purple Rain's most worthy competitor, but also has its lesser moments, especially on the first disc (the second, from U Got the Look through Adore, is unassailable). Neither has the sheer consistency of Purple Rain. The fact that that Prince wrote the songs that the Time (Jungle Love and The Bird) and Appolonia 6 (Sex Shooter) perform in the film, and that the b-sides from this period (God, Erotic City) were excellent, are further evidence that 1984 was his best musical year.

And then there's the Purple Rain album itself. Just for kicks, let's put it through the Thriller test.

1) At least 3 hits
Done and done: Let's Go Crazy, When Doves Cry, I Would Die 4 U, and the title track. All were top 10 hits in the U.S., two number ones and Purple Rain a number two. Pass

2) Shoulda been hits
The buoyant Take Me With U only made it to #25, but could have gone higher had it not been the fifth single released. Baby I'm a Star would have been a highlight and a single on any other Prince album. Pass

3) No filler
None. The three remaining songs may not have been single material, but they were essential album tracks. Darling Nikki details a weird, dirty one night stand (in the film Prince uses the song to make Apollonia jealous, and it works). Computer Blue is just as strange, especially the "is the water warm" intro, but all is forgiven with the extended, beautifully lyrical guitar solo that makes up the song's second half. And The Beautiful Ones is downright amazing, taking an R & B quiet storm to a whole different level. It's also the soundtrack to the film's essential moment between Apollonia, Morris Day, and the Kid. The latter is up on stage at First Avenue performing the song with the former two in attendance. At the song's apex he gets direct: "What's it gonna be, baby / Do u want him? (points to Morris) / Or do u want me? (points to self) / 'Cause I want u! (points at Apollonia)" and then proceeds to screech the word baby over and over while writhing on the stage. It's my favorite part of the film by far. Pass. 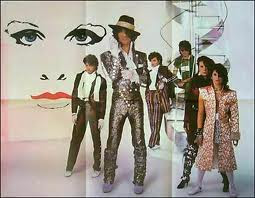 Yes, sir. A smoky alley, the purple motorcycle, Apollonia in the shadowy doorway,  the paisley borders. What's not to like? Throw in the fact that the LP came with the awesome poster you see on the right, and we're really in business. Pass.

So there it is, a more solid Rock Solid you aren't likely to find.

However, I will admit that as much as I love Purple Rain, it's not my favorite Prince effort. That title goes to 1996's The Gold Experience. Why? In 12 catchy tunes it sums up Prince's odd appeal, covering everything from civil rights (We March), petty grudges (Billy Jack Bitch), feminism (P Control), sex (Shhh), gangsta love (Shy), Al Green (The Most Beautiful Girl in the World), and being reincarnated as a water-bound mammal (Dolphin). Check it out sometime.

Anonymous said…
Great post, and I agree with everything you wrote, except possibly the film be unassailable. But whatever. I also love the love you gave to "The Gold Experience"--one of my favs, and I'm always surprised that it doesn't rise higher in other's thoughts.

Clearly the funniest thing I've read all year, man! Thanks for the laugh. Oh, and your review...spot on.
4:19 PM

kingofgrief said…
Even in my anti-Prince phase (I admit I let his ego get to me) I still defended Purple Rain as a masterstroke. I don't have The Gold Experience yet, but it'd do me good to have "P Control" in the potential-club-play arsenal.

Another factor in the comparatively dismal chart showing for "Take Me With U" might be the fact that the single was paired with an album cut ("Baby I'm a Star") as opposed to another in a series of brilliant exclusive B-sides. Still my favorite track on the album, though...perfect for a cloudy summer afternoon.

My only quibble about the cover art: Mistral font. Eugh.
12:44 AM

Anonymous said…
you for got about "17 days" princes best tune ! how didnt that make the album. Also agree Gold Experience is amazing.
2:13 PM