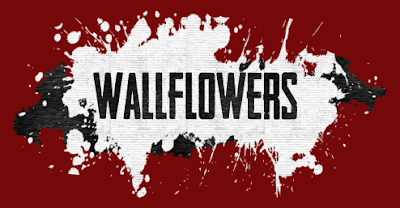 Underrated is a difficult word to use when you're referring to a mainstream pop band with at least two huge hits and a lead singer sired by Bob Dylan, but The Wallflowers definitely don't get enough credit.
1. "One Headlight" (from Bringing Down The Horse, 1996)
I remember hearing rumors that this was about a man who'd had a testicle removed. It's funny to listen to the lyrics with that interpretation in mind ("we can drive it home with one headlight") but I don't really buy it.
2. "6th Avenue Heartache" (from Bringing Down The Horse, 1996)
This was huge in college thanks to the fact that we had a row of party houses on 6th Avenue. They definitely saw their share of heartache, on a nightly basis. Thankfully, I lived on 7th Avenue.
3. "The Difference" (from Bringing Down The Horse, 1996)
Rami Jaffe's organ was really integral to the band. He was Steve Nieve to Jakob Dylan's Elvis Costello. Jakob starts to show a bit of lyrical punch: "The only difference that I see / is you are exactly the same as you used to be."
4. "Letters From The Wasteland" (from Breach, 2000)
The second (in this case third, I guess) album is where the band puts the proof in the pudding. Breach, while at first just merely whelming, proved itself over time. Letters From The Wasteland manages to be open and claustrophobic all at once. Plus, Jakob has been sharpening his pencil even more: "It may take two to tango, but boy, just one to let go."
5. "Hand Me Down" (from Breach, 2000)
Jakob Dylan spent most of his early interviews dodging questions about his father. Whether that was well-advised or not, it's refreshing to hear him finally address it head on. Playing the role of the son who will never match up, he's heartbreaking: "Look at you with your worn out shoes / Living proof that evolution is through." One gets the idea that he's confronting (and conquering) his inner demons.
6. "Sleepwalker" (from Breach, 2000)
Finally, a sense of humor emerges! "Cupid don't draw back your bow / Sam Cooke didn't know what I know"
7. "When You're On Top" (from Red Letter Days, 2002)
I absolutely hated this song when it came out. Then the verses started to remind me of the elder Dylan fronting Talking Heads. The chorus opens up a great can of melody and makes this a weirdly satisfying single.
8. "How Good It Can Get" (from Red Letter Days, 2002)
This is more familiar musical territory (it could have easily fit on Bringing Down The Horse), but the lyrical optimism is refreshing.
9. "If You Never Got Sick" (from Red Letter Days, 2002)
This is the story of a bad relationship. What's interesting is that he's obviously conflicted about the whole thing. The verses are mostly about how terrible this person is ("It's the invisible breath of a storm on the rise / that I feel whenever you arrive"), but the chorus is almost sweet in a weird way ("Baby if you never got sick / I wouldn't get to hold you").
10. "See You When I Get There" (from Red Letter Days, 2002)
If you think that all The Wallflowers are capable of is sturdy country rock, take a listen to this poppy gem. It's not a major departure, but it does sound like it might fit on Elvis Costello's Get Happy album.
11. "The Beautiful Side Of Somewhere" (from Rebel, Sweetheart, 2005)
Rebel, Sweetheart was an all-around triumph. The lyrics were sharp, the melodies memorable. Nearly any song from the album could slot into this 12, but I picked this one because of the title.
12. "All Things New Again" (from Rebel, Sweetheart, 2005)
Jakob was obviously in a happier place on this record; there's nothing more inspiring than a new beginning. "I'm an unpainted portrait / I am staring at a new sunset / without any memories yet."