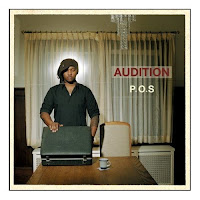 Though it doesn't hang together as an album, Audition has a surplus of excellent tracks. P.O.S. approaches his raps with the mentality of a punk singer and the beats match his intensity. Stand Up (Let's Get Murdered) is a signature example, turning an funky horns and soulful backup vocals into something akin to doomy metal. De La Souls is his life story mixed with a statement of purpose. There are guest stars too: Safety In Speed (Heavy Metal) features Hold Steady singer Craig Finn, and Slug (from Atmosphere) shows up on a couple of tracks.

Grade: B
Fave Song: Bleeding Hearts Club (Mpls Chapter)
Fave Line: "First of all, fuck Bush, that's all, that's the end of it" (from Half-Cocked Concepts) 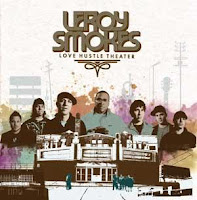 This multi-culti Twin Cities rap-with-instruments crew returns with a new long-player, emphasis on the long. The 22 tracks are all over the place both in quality and style, but there's a lot to recommend, including the old school dance number Two Step and the soulful Without You. Inside Out sounds like Hey Ya's little brother and Ya Llego La Hora (The Time Is Now) is good enough to make the Black Eyed Peas a little green-eyed. Though the band laments the lack of good music on the Radio, it's hard to take that seriously when their catchiest song features the chorus "Put your hands up / Fuck that / put 'em down / 'cause too many bullshit records spinnin' around" and is titled Kill The DJ.

Grade: B-
Fave Song: Kill The DJ
Fave Line: "And watch the President pull his tricks out of his sleeve / In a world where we kill everyone left to feed / Now let's all gather 'round and celebrate the greed" (from Never Scared) 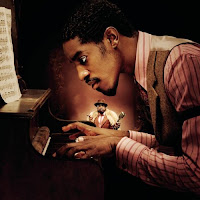 Life's not fair sometimes. Outkast's last album Speakerboxxx/The Love Below was one of those rare albums to succeed both critically and commercially, and we all know there's no proper way to follow that up. So the poor sales and critical lashing met by Idlewild should be no surprise. What makes it unfair is that it's actually a better album. Of course, this is Outkast, so the album is far from perfect. The skits are stupid, Macy Gray's guest spot is horrendous and the unbearable closer A Bad Note takes its own title too literally. But unlike other Outkast albums, this one actually hangs together, thanks to its mining of '20s and '30s musical styles and lyrics that find the boys consantly reflecting on the end of relationships, friendly, working and romantic.

Grade: B-
Fave Song: When I Look In Your Eyes
Fave Line: "I'll hurt you like the President's approval rating" (from Mighty "O") 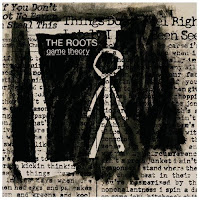 Following a move to President Carter's Def Jam label, The Roots have made their most consistent, succinct and straightforward album. There are no overblown guest spots, no overlong jams and no overwrought spoken word pieces. Instead, the songs make their points quickly, with clear, memorable hooks and above average (no mater what any other Black Thought-dissing review might say) raps. The CD's only handicap is the closer, an 8-minute tribute to deceased rapper/producer J.Dilla. The sentiment is admirable, but doesn't hold up to repeated listens, unlike the other 11 songs.