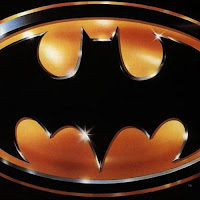 I was 12 years old when Tim Burton's Batman movie came out and I could not have been more excited. I was an unapologetic comic book geek, and seeing one of my comic book heroes brought to life was nothing short of astounding. Of course now, every other blockbuster is based on a comic book, but those were dark times. Batman was our only shining light. I waited in a long line, decked out in bat symbol gear, got the cups and toys from the fast food restaurants, collected a nearly complete set of movie trading cards, read the novelization and just got completely obsessive.

We like to look back on times like that and laugh with the gravity of age and maturity. But I'll admit; I haven't changed much.

Consider this: Prince performed here in Minneapolis this past Saturday night with his newest protege, Tamar. The minute I heard this was happening, I jumped on my computer, logged into the member section of the NPG Music Club, and bought two tickets. And at the show, I geeked out as much as a late-'20s male allows himself to, at least over a diminutive 40-something R & B / rock legend who once wore buttless pants on an MTV awards show. When he took the mic and ripped into Partyman, from the Batman film, I was transported!

That is to say, I'm still a geek. All that has changed are the objects of my obsessions.

The fact that two of my obsessions converged in that same year of 1989 seems strange in retrospect. I wasn't even aware of it at the time. When I was 12 I didn't care one lick about popular music if it wasn't The Monkees or "Weird Al" Yankovic. So even in my Batman movie mania, I did not own the soundtrack to the film, featuring songs exclusively by Prince. Had I somehow purchased it (lots of others did; it was the #1 album in the country for 6 weeks) I would have probably been completely baffled.

Actually, I still am a little bit.

This was an odd time in Prince's career. He'd hit the highs of the Purple Rain album / movie, Kiss, and the masterful Sign O' The Times double album, and on the comedown he was flailing around a little bit. Word is that he was enduring a spiritual crisis, not to mention a musical one. He recorded the deep funk of The Black Album, then decided not to release it. Instead he put out Lovesexy, which failed to meet expectations commercially or critically. So Batman was a comeback, though besides the dialogue-sampling, right-place-right-time left field #1 hit Batdance, it contains no Prince song anyone but a diehard fan could name.

That's not to say there isn't good stuff on the album. A look over the lyric sheet shows that Prince really got into the ideas and characters of the film, and each song is presented in the voice of a character, sort of like an opera (though you wouldn't know this by just listening). The album starts in Batman's voice, with The Future. The song is repetitive, in groove and in lyrics, almost like a mantra. "I've seen the future and it will be," Prince repeats. He gloms onto Batman's quest to clean up the city, and adds his own hope for a spiritual cleansing as well. The next song livens things up. Electric Chair is in the voice of the Joker and it has a muscular rock and funk backbone. It makes me wonder, does Prince identify more with the villain than the hero?

You'd hope so, given the ballad that follows, a duet with Sheena Easton called The Arms Of Orion. It's a love song so cheesy, it should be served with crackers. But at the same time it's great, predicting the Disney ballads that would overtake the charts a couple of years later (A Whole New World and the like). After that diabetic shock, Partyman kicks in as the ultimate Joker theme. In fact, this is the most memorable song in the film, used while the Joker and his goons are trashing a museum.

From there the album stays strong, with Vicki Waiting (the only song to mention film characters and places by name), Trust (a coulda been hit, more stereotypically Prince than anything else on the album), and Lemon Crush (a sexualized precursor to Prince's early '90s New Power Generation sound).

Lemon Crush in tandem with Scandalous brings home the reason why it was so odd to have Prince do a soundtrack to a big blockbuster film that had great appeal to children. I would have been mortified to listen to this song as a 12-year-old. More accurately, I would have been mortified to have my parents know I was listening to this song! It's a slow jam seduction ballad of the highest order, replete with orgasm noises.

And the final track is Batdance, easily the most forgettable of Prince's 5 #1 hits. Take some electric guitar, snippets of characters talking, random innuendo and the old "Batman!" cry from the campy '60s television show, and you have this song. Were you to make a list of the weirdest Billboard #1 hits, Batdance would have to be in the top 10.

And I guess that's sort of fitting. Looking back, sometimes we just don't understand why we got so excited about the things we did. And sometimes we understand all too well.

Tom said…
Okay, in my opinion the album is so 80s, but because of the film it doesn’t feel overtly 80s to me. I am a big fan of Batman movie mania. And from all actors that have played Batman, Christian Bale is my favorite.
2:42 AM

Charles said…
I also really liked the Batman movie. I have a collection of Batman toys and all the DVDs of this film. When I have a child, I introduced the film Batman to my child, and he loved it. And by the way, from all actors that have played Batman, Christian Bale is my favorite. In my opinion, he’s very cool.
1:23 AM