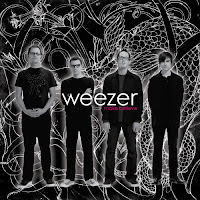 It's not easy to admit that one of your favorite artists has made a bad album. Initially your hopes are so high, they will buoy you up for awhile. When you start to sink, you try to stay afloat by telling yourself that the album is one of those that takes time to reveal its charms, that in a few months you'll love it. But when that doesn't happen, you realize that you've been deep-sixed.

This was my experience with Weezer's last album, 2002's Maladroit. After releasing two stone-cold classics and one solid power-pop gem maybe the law of averages doomed the band to a let-down. Maladroit was unfocused and uninspired, musically and lyrically.

Thankfully,on Make Believe everything feels fresh again. There are several factors that might have contributed to this, but I've boiled it down to two main reasons:

1) It was produced by Rick Rubin. Can I just take a couple of moments to marvel at this guy's output? Consider that he has produced great work from LL Cool J, Beastie Boys, RUN D.M.C., Red Hot Chili Peppers, Tom Petty, Johnny Cash, Jay-Z, and Public Enemy. Word has it that he has recently worked with both Neil Diamond and Dixie Chicks. To put it simply, he's gonna be a legend someday.

2) The lyrics actually say something. Both 2001's green album and Maladroit suffered from generic lyrics. Unlike the latter, the former benefited from a fast pace and producer Ric Ocasek's melodic sheen. Though Make Believe's songs still come off a bit on the non-specific side, they at least convey genuine feeling.

The album kicks off with Beverly Hills, fueled by handclaps and wah wah guitar solos. The album's review in Entertainment Weekly said the band was too old to take on easy targets, but to me it doesn't sound ironic when lead singer / songwriter Rivers Cuomo sings "my automobile is a piece of crap / my fashion sense is a little wack." Instead the song fits in the outsider mentality that Cuomo's fostered on Weezer's first two albums. It's a song about wishing to belong, and it seems oddly sincere.

The other obvious single, We Are All On Drugs, could also suffer if viewed ironically. To me, it seems to be simplistic social commentary. At any rate, you're not likely to hear the song in ads for Alavert or Advil or Paxil or Viagra.

My two favorite songs are Damage In Your Heart and This Is Such A Pity. Both songs mourn failed relationships. The former, with its harmonies and power chords, could have slotted easily on the green album. This Is Such A Pity sounds so much like The Cars it's amazing that Ric Ocasek (who produced Weezer's two self-titled albums) didn't have a hand in its creation. It's all skipping guitar, chugging bass and synth flourishes. Cuomo lowers his voice a couple of registers and there's even an Elliot Easton-esque solo. The Killers would die for this song.

Somewhat like their fellow geeky Star Wars fans, it's probably time for Weezer fans to admit their beloved artist will likely never again reach the heights of their early work. But there's also reason to hope. On Make Believe the melodies and perfomances are tight and focused and the sequencing is nearly perfect. That's enough for me. And, had any of the twelve tracks on this album appeared on Maladroit it would have easily been the standout. I can admit that now.

Grade: B
Fave Song: This Is Such A Pity

Anonymous said…
This comment has been removed by a blog administrator.
11:57 AM