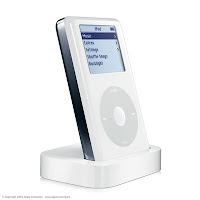 As I've stated before, one of my favorite iPod features is called "Shuffle Songs." It takes all of your songs and plays DJ. It makes strange choices, and sometimes gets fixated on a certain artist. And often it does not consider flow, and I mean AT ALL!

But sometimes wonderful things happen. As I've used the feature, I've found myself attempting to make mental connections between the songs. You know, lyrically, historically, geographically, thematically, etc. It has become sort of a game for me, so I thought I'd detail a recent example:

3. Johnny Cash - Hurt. Of course you know that Johnny mentions St.Paul in his song Big River?

4. Neil Diamond - The Boat That I Row. Johnny Cash was known as the Man In Black, and Neil pretended to be a black man in The Jazz Singer!

5. Henry Mancini - Moon River. Speaking of The Jazz Singer, it was directed by Richard Fleisher. He also directed 1967's Doctor Doolittle, starring Rex Harrison, who played opposite Audrey Hepburn in My Fair Lady. Of course, Moon River is from Audrey's film Breakfast At Tiffany's. Whew!

7. Semisonic - This Will Be My Year. I am loving this obsession with local bands! Way to go iPod!

9. Brian Wilson - She Says That She Needs Me. Can I get serious here for a moment? I'd like to acknowledge that Brian Wilson has written many songs that have become the soundtrack of our lives.

10. Semisonic - Chemistry. See what I mean about artist fixation? Anyway, Brian Wilson wrote lots of songs about California, and the lyrics of this song mention California! Coincidence?

11. Aimee Mann - Lost In Space. It's a fact that Semisonic man Dan Wilson went to Harvard. Where did Aimee Mann and 'Til Tuesday get their start? Boston!

12. The Thorns - Think It Over. Matthew Sweet was in The Thorns. He also co-wrote the title track to 'Til Tuesday's final album Everything's Different Now.

Sadly, the next song was Jadakiss' Why and it messed everything up!