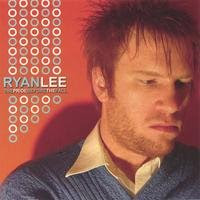 I knew Ryan as a friend before I knew him as a songwriter / performer. Take my word for it, he's a warm, caring, funny, guy. He's easygoing and easy to talk to. But look at him scowling on the cover of his first full-length CD and take a listen to some of the mysterious, dramatic songs he writes and it seems like the work of a completely different person!

But that's what artists do. They take the troublesome stuff in their heads and get it out in their work. If I think of it that way, it's not such a jarring disconnect. And anyway, this should be all about the music, not my issues.

I've seen Ryan perform in a variety of settings: Solo shows in coffee shops, loud full-band shows in bars, and stuff in between. Thus I've heard many of his songs performed in drastically different ways. What's amazing is how great they all SOUND here, not just arrangement and performance wise, but also from a production and engineering standpoint.

I've always known Ryan was talented, but the treatment given to these songs really allows their complexity to be appreciated. Many of the tracks manage to marry several musical ideas together without any hint of difficulty. The opener I Pretend, with its Middle Eastern-style chanting and instrumentation also gives us a sudden, welcome bed of female harmony in the bridge. Similarly, the clanging Guilt opens its second half with a riff worthy of an arena full of delirious lighter-wavers.

Ryan's songs manage to avoid typical pop structures without sacrificing the melodies. For proof listen to the brief, thrilling sketch Soulstrings. I hate to make comparisons, but his work reminds me most of Joseph Arthur, with the senses of sweetness and menace, the elements of gentle melody and clanging mechanics put in a musical mixer with amazing results.

The album itself doesn't make a false move from the beginning through the powerful Policia Falsa and Guilt. Though, it rounds itself out well with the hits What's Worse, Too Close To Home and If Anything, my only quibble is with Too Little Too Late. The vocal processing doesn't seem to serve the song and there isn't enough musical variety to keep it from sinking under its own weight. But that's only 1 out of 13, my friend. Anybody would take those odds.

With all the work he's done, it's nice to see Ryan Lee getting some local recognition and actually going out on tour! If you'd like more information, please visit www.ryanleemusic.net. Check out the bio, find tour dates, listen to the songs, and e-mail Ryan to tell you how much you like them. If you do, maybe it'll even make him smile!