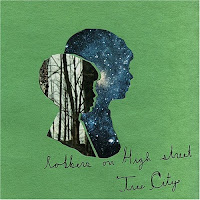 These days when I listen to music I'm just looking for any sort of connection, but in my idealistic college days I looked for songs that could speak directly to and for me. I thought that pop music lyrics held the keys to every puzzle in my life. In fact, there was one revelatory morning during my freshman year when I woke up to Wrapped Around Your Finger on the radio and it spoke to me as if Sting specifically wrote it about me. As I scan the lyrics now I'm at a loss as to what it was to which I felt so connected, or even what the song MEANS ("I will turn your face to alabaster"?).

At the time I was interested in a girl who could play me like Earl Scruggs can play the banjo. By that I mean, well. I guess that morning I just got tired of it, and those words: "I'll be, wrapped around your finger" just suddenly meant something.

I think that experience is more common than finding a song that completely says everything you feel. In fact, I think many songs become big hits just because of a line or chorus that connects, regardless of what the verses say. Take Born In The U.S.A. or another Sting composition, Every Breath You Take, as examples. The latter song, as far as I can tell, is narrated by an obsessive ex-lover. But people took it as a passionate love song.

This is the point where I could go into the whole "do lyrics matter?" discussion, but I'll decline to do so. What I will say is that lyrics I like best are ones that are so specific as to not be directly applicable, but still have a bit of universal truth or sentiment as well. Is that too much to ask?

Finally we get to this shuffling, minimal song by New York-based Robbers On High Street. I can't for the life of me figure out what it means. Perhaps it's using a clumsy metaphor of shopping to refer to a love affair. Perhaps that's just how I want to hear it. But as I was walking and hearing these two mantra-like lines: "what I want I just can't have" and "I want to jump in your lake" I couldn't help but feel a complete connection. I'll also decline to detail why this meant so much to me at that moment, and I'll allow it to just be enough that the reason I listen to music was fulfilled, even if only for three minutes.

Richard said…
Regarding "Wrapped Around Your Finger," a song to which I once also felt a deep connection: I will turn your face to alabaster means, roughly, I will put a pale white look on your face--or, more briefly, I will shock you. Alabaster is hard and white--Sting means that he will freeze a stunned look on the face of the woman who has been controlling him when she realizes that she's the one wrapped around his finger now.
9:11 PM

Paul V. Allen said…
Well thanks for making me feel stupid, Richard. I can always count on you for that!

Anyway, this girl I liked at the time was already very pale in the first place.
6:55 PM

Mikey said…
I really enjoyed your content on Music Lyricsand will be back very frequently! I actually have my own Music Lyrics Exposed blog with all kinds of stuff in it. You�re welcome to com by.
9:59 AM

Anonymous said…
Can you guys post a lyrics of this song here? can't get some worns so yeah if u could