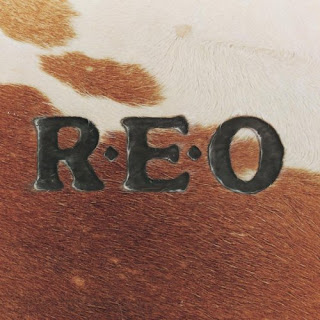 Where we left off:
REO Speedwagon fired their lead singer...again! Mike Murphy, who'd piloted three records with the band, was gone, and so began the search for yet another new frontman.

Here's where things get strange. To replace Murphy, the REO guys (Neal Doughty, Alan Gratzer, Gary Richrath, and Gregg Philbin) auditioned Peoria, Illinois native Gary X. Volz, who was late of a group called the e Band. REO liked what they heard and offered Volz the gig. But the singer worried that the heavy touring rock 'n' roll lifestyle would clash with his values, and declined. (Volz would go on to great success with Christian rock band Petra in the 1980s).

The guys had noted that Volz sounded somewhat like their second singer, Kevin Cronin. And in the years since his departure, Cronin had kept in touch with one of the band's managers, sending along demo of new songs, perhaps in hopes the band would record them or perhaps in hopes of landing management himself. For his part, Richrath was eager to mend fences. "I got homesick for Kevin," he said in a 1981 People interview, after seeing Glenn Frey and Don Henley manage their egos in the studio. This led, improbably, to REO inviting Cronin back into the band.

The reunited group didn't waste any time creating a new record. This Time We Mean It had been released in July 1975. R.E.O. came out in June of 1976. The band brought in a producer through their connection to Joe Walsh. John Stronach helmed Walsh's 1974 So What album (he'd later work with Sammy Hagar, Commander Cody and His Lost Planet Airmen, Dan Fogelberg, and Keith Moon).

By this point it was clear that Gary Richrath had become the leader of the group. One wonders why he didn't take over all of the songwriting and lead vocals himself. Perhaps it was too high a level of difficulty to take on both of those things. Or maybe he realized that most great bands have more than one songwriter. But it's a valid question - after clashing with three singers in five years - why didn't he just save himself the trouble?

No matter the answer to that, Richrath appears to have embraced a collaborative spirit on this record. He and Cronin trade off singing lead for much of the record, and the pair co-wrote two songs together. This collaborative spirit produces some of the album's best tunes. Richrath's countryish "Any Kind of Love" and "(Only a) Summer Love" are buoyed by the harmony of their shared vocals. The brief moment at the end of "Any Kind of Love" in which Cronin sweetly "ooh ooh ooh"s over Richrath's electric guitar is a succinct encapsulation of the two sensibilities combining in a complimentary way. 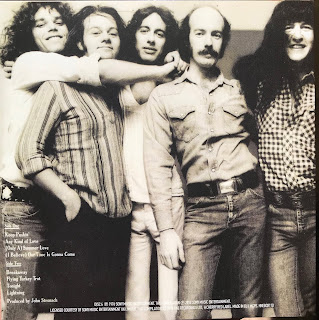 Epic closer "Lightning" is a co-write that compares enduring life's ups and downs to taming a storm ("lightning, you're mine, tonight, tonight"). The song's music emulates the feel of that storm, with a mid-tempo, moody first half that breaks out into a fast-paced blistering guitar solo.

"Breakaway" is the other Richrath/Cronin collaboration, and shows off the full potential of the combination. In a strange way it sounds like it could have been a Billy Joel song, which isn't at all an insult, as jarring a comparison as it may seem. It's a piano-driven anthemic country rock tune that was a number one hit in some parallel dimension.

As great as the collaborative spirit was, it's two "solo" tracks that stand out the most. There's Richrath's instrumental guitar spotlight, "Flying Turkey Trot" in which he presages a bit of the hard rock guitar god era that was soon to begin. And Cronin's "Keep Pushin'" is the brightest indicator of the bands impending success. It simultaneously feels like something grounded in what REO was, but also something completely new. As an ad promoting the album put it, "they took the old unmistakable edge, and put a new polish on it...something taut and tart, more versatile, more harmonic." It's also, lyrically, an ode to perseverance, a theme so very apt for this particular band. It's no surprise that this is the earliest REO song to appear on 1988's The Hits, despite not charting.

Speaking of charts, R.E.O. was actually a step or two backward for the band. After steadily rising into the top 100 on the Billboard 200 during the Mike Murphy era, this record only made it to 159. It was clear a change of strategy would be required.