Sometimes I Miss You So Much 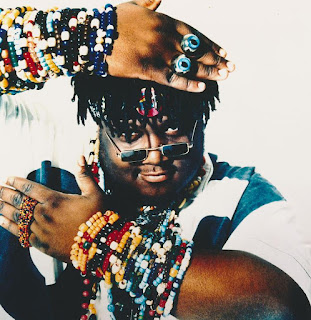 Less newsworthy but no less significant than those others was the recent passing of Attrell Cordes, a.k.a. Prince Be, of P.M. Dawn. Strange as it is, tributes from fans and critics on social media have a healing power. Being able to mourn and celebrate collectively with strangers is comforting, and this was especially so for me in the cases of Bowie and Prince. But it didn't happen with Prince Be's death, and that's sadly indicative of P.M. Dawn's unfortunate career arc. Even the official biography on their website ends by telling us that "the group seemed to vanish into obscurity." So what happened?

P.M. Dawn had instant commercial success in 1991 with their first album (featuring "Set Adrift on Memory Bliss"), successfully shifted their sound toward R & B balladry on their smash second release (featuring "I'd Die Without You"), and then they made two more fantastic CDs (Jesus Wept in 1995 and Dearest Christian... in 1998). Unfortunately, neither of latter two lived up to the lofty sales expectations set by the first two, and the band went into survival mode.

This, oddly, is when I really got into them. I'd bought and loved Dearest Christian... when it came out, and then worked my way backward. In 2000, having lost their major label deal, the band sold a new album, Fucked Music, exclusively through its website. I remember the price seeming prohibitive at the time, but I went ahead and paid up anyway (I'm glad I did; physical copies of that album are extremely rare now). The next year I went to see them perform at the Quest in Minneapolis. It was the most sparsely-attended concert I've ever been to. I think I counted 17 people, not including the club staff. But the brothers Cordell, backed by a DAT machine, put on a fantastic show anyway. A benefit of the poor turnout? They played my shouted request ("Faith in You").

Though this seems like a low point, that was yet to come. In 2005, Prince Be fired his brother from the group for "conduct detrimental to the bliss." His cousin came in as replacement, but it hardly mattered because earlier that year, Be had suffered a massive stroke. A diabetic, his health continued to worsen over the next few years. He was paralyzed on his right side, had to have his leg amputated from the knee down, and was forced to give up performing and composing. He spent most of his final years under constant medical care.

Of course it's beyond sad that Prince Be had to spend the last years of his life in such terrible conditions, health-wise, and that he leaves behind a wife and children. But there's also a musical tragedy here. First, it's that we never got to hear the music Prince Be would have continued to make had his health not failed him. And secondly that P.M. Dawn are likely to be remembered (if at all) as a minor two-hit wonder, a curiosity in hip-hip history. In reality, they were one of the few true successors to Prince. They embraced and embodied many of the Purple One's ideals and interests, aesthetically, lyrically, and musically. Their sense of style was unique and boldly unconventional, and their melodically-rich songs did not limit themselves, incorporating rap, sampling, rock, folk, and R & B. And, like Prince, their lyrics were thoughtful, often searching and mystical.

Though it worked for Prince (to a point), it was likely this genre-defying bent that did P.M. Dawn in. Their initial success came in a more wide-open time in pop music, when it truly did seem like songs trumped format. But as radio became more regimented and their albums became more wide-ranging, the group's audience became undefinable, at least for program managers and record label executives. (It also likely didn't help that their last two albums had the words "Jesus" and "Christian" in their titles, giving them a false appearance of proselytizing.)

Thankfully, removed from commercial expectations, P.M. Dawn can be appreciated for what they were: Fantastic composers and performers who made albums and songs you can continually revisit. If you're feeling adventurous, seek out Jesus Wept (which I wrote about here), and then explore from there. I'll be doing the same.