For over 30 years - from 1967 to 2000 - there was a no-brainer answer to which Beatles album was considered the best: Sgt. Pepper's Lonely Hearts Club Band. Duh. There was little argument about this; it was the accepted storyline. In fact, many claimed it as not only the best Beatles album, but the best album OF ALL TIME!

So what happened in 2000? Well, Q Magazine released a list of the 100 Greatest British Albums Ever, and of course The Beatles were at the top. But not Sgt. Pepper. Instead its predecessor, Revolver, got the nod. No big deal, a contrarian fluke, right? Well, a year later, VH1 and Virgin both followed in Q's footsteps, naming Revolver the best album of all time. Suddenly what was once a lopsided blowout had become a closely contested game!

Last year Rolling Stone attempted to correct course on the narrative by putting Sgt. Pepper back on top of their 500 Greatest Albums of All Time list, with Revolver at a lowly #3. Then just this past June, Entertainment Weekly fired another shot across the bow, putting Revolver at the head of their 100 Greatest All Time Albums list, AND LEAVING SGT. PEPPER COMPLETELY OFF! (This despite the presence of 3 other Beatles albums on the list).

Has history changed, right before our very eyes? The only real way to find out is our tried and (partially) true Rock Solid method.

First, we look at the All Music Guide. According to them, every official Beatles studio album except 1970's Let It Be is a five star masterpiece. Besides being untrue, it's also unhelpful. We're left to parse what we can from the reviews themselves. Luckily, there are two statements that stand out. In the review of Sgt. Pepper Stephen Thomas Erlewine states (emphasis mine): "It's possible to argue that there are better Beatles albums, yet no album is as historically important as this." And in regards to Revolver: "Even after Sgt. Pepper, Revolver stands as the ultimate modern pop album." After some careful parsing, it sounds to me like All Music is calling it in favor of Revolver.

Thankfully Amazon.com reviewers agree. They bestowed four and a half stars on nearly every Beatles album, but considering the percentage of 5 star reviews, Revolver tops them all with 83%. (By this measure Sgt. Pepper actually came in sixth place overall, behind Rubber Soul, Abbey Road, A Hard Day's Night, and the White Album.) And thus we have consensus. Revolver is the best Beatles album. 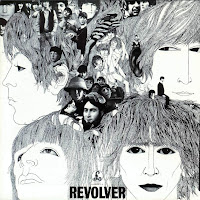 Erlewine says Revolver's "daring sonic adventures and consistently stunning songcraft set the standard for what pop/rock could achieve." He also believes that The Beatles' feat of making an album that flows "perfectly" and yet incorporates several musical styles is a "miracle".

Amazon.com reviewers are similarly praiseful:
Amazon.com reviewers are also aware of the "all time best" debate and reference it in their reviews:
What fascinates me more than the debate between Revolver and Sgt. Pepper (both albums have their merits, so I don't strongly feel one way or the other) is fact of the shift itself. Why does critical and popular opinion suddenly favor the former, disfavor the latter, or both?

Is it the inevitable contrarian backlash against Sgt. Pepper being considered "the best" for such a very long time? I wouldn't put this past the rock critic majority.

Is it the fact that the (mostly) guitar pop of Revolver seems more modern and relevant than the vaudevillain psychedelic pop of Sgt. Pepper? Maybe, but if that's the case you'd think the White Album would have ascended, since it presages indie rock (Dear Prudence), alt-country (Bungalow Bill), hard rock (Birthday), and heavy metal (Helter Skelter).

Is it the realization that, for all its ambition and audacity, Sgt. Pepper has arguable weak points (Lovely Rita, Within You Without You)? Perhaps Revolver's consistency made it the tortoise to Sgt. Pepper's hare.

Maybe it's a combination of all three. I honestly don't know. I do know that when I reviewed all of The Beatles' albums back in aught eight, I gave perfect scores to four of them: A Hard Day's Night, Revolver, Sgt. Pepper, and Abbey Road. I still feel that way, though depending on which way the wind is blowing, I can be talked into including the White Album, if only for its sheer breadth. But my personal favorite is and likely always will be Abbey Road. It's got the individual songs, the ambition, the emotion, the cover art, and the songwriting balance to be worth returning to over and over.

Who knows, maybe in 2033 it'll will overtake Revolver as the consensus best album of all time.