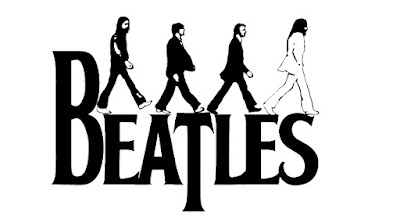 If there's any doubt about how influential The Beatles are in pop music, one only needs to look at the long and ever-growing list of covers that have been done of their songs. Like the young painter who recreates a masterpiece or a budding film director who breaks down their favorite movie shot-by-shot, musicians can't resist trying to recreate on the sublime compositions of Lennon, McCartney and Harrison.
What's amazing is that The Beatles inspired cover versions not only by those artists that came after, but by their contemporaries and predecessors as well. The best cover versions are the ones that the artists make their own, the ones that sound like they were written for or by that artist. So, behold, the 12 best covers of Beatles songs!
1. Vince Guaraldi and Bola Sete - "I'm A Loser" (from Live At El Matador, 1966)
Two dominant forces of '60s pop culture - The Beatles and Charles Schulz's Peanuts - combine in this track. Guaraldi is the jazz pianist responsible for the unforgettable music in the Peanuts animated specials, and along with guitarist Sete, he makes Lennon's Beatles For Sale into a bossa nova composition wholly his own.
2. Joe Cocker - "With a Little Help From My Friends" (found on With a Little Help From My Friends, 1969)
The once and future Wonder Years theme does something few other Beatles covers have done, namely become the definitive version of the song.
3. Chubby Checker - "Back In The USSR" (single, 1969)
The Twist maestro does a punchy, energetic version of The White Album standout that'll lead you straight to the dancefloor.
4. Marvin Gaye - "Yesterday" (from That's the Way Love Is, 1970)
Imagine Yesterday as a Motown ballad and that's exactly what you get here. Marvin's amazing vocal, ranging from clear and pure to ragged and tortured, belongs in a guarded vault somewhere.
5. Elton John - "Lucy in the Sky With Diamonds" (from single, 1974; reissued on CD version of Captain Fantastic and the Brown Dirt Cowboy)
John Lennon played back-up, and Elton still managed to make this his own, incorporating a reggae feel. The trippy slow-moving vibe of the original is replaced with clarity and pep, and a modified melody on the bridge.
6. Earth, Wind & Fire - "Got To Get You Into My Life" (from The Best of Earth, Wind & Fire, Vol.1, 1978)
A rare case where the cover is more recognizable than the original; I'm guessing there are many many people who don't even identify this as a Beatles song. However, the Beatles version is not as far off from this horn-happy remake as you might think. The only bad thing you could say about this song is that it appeared in the stinkbomb flim Sgt.Pepper's Lonely Hearts Club Band.
7. Siouxsie and the Banshees - "Dear Prudence" (found on Hyaena, 1984)
Siouxsie put her spacey/dreamy mark on John Lennon's pretty plea and made a hit out of it. My favorite part is the echoing background vocals that follow the title phrase.
8. P.M. Dawn - "Norwegian Wood (This Bird Has Flown)" (from The Bliss Album...?, 1993)
Bringing The Beatles into the hip-hop nation subtly, with just a little bit of scratching. Wisely, the Corday brothers kept the focus on the melody, and even prettied it up with their harmonies.
9. Willie Nelson - "One After 909" (from Come Together: America Salutes the Beatles, 1995)
One of the earliest Lennon/McCartney compositions suits Willie perfectly, falling squarely into that "it could have been one of his songs" category. The arrangement is wisely sparse, with a little bit of guitar, piano and percussion, matching the simplicity of the lyric.
10. Phil Keaggy & PFR - "We Can Work It Out" (from Come Together: America Salutes the Beatles, 1995)
This Christian rock outfit takes on one of my favorite Beatles songs, and expands the intro into an appealing classical guitar/string quartet showcase before exploding into the familiar. The chorus becomes Queen-esque, with multiple vocal lines and melodies swirling together.
11. Art Garfunkel - "I Will" (Live) (found on Across America, 1997)
Originally done for an album dedicated to his son, Art's version of I Will is a perfect illustration of the often-repeated American Idol credo: "It's all about song-choice." You'd be hard pressed to find a better match for Garfunkel's choirboy voice, and he can even be forgiven for flubbing some of the lyrics in this live version (another Idol mainstay, come to think of it).
12. Rufus Wainwright - "Across the Universe" (found on I Am Sam - Music From and Inspired By the Motion Picture, 2001)
Lots of artists put their all into the I Am Sam songs and came up with great versions (Ben Folds, Eddie Vedder, Aimee Mann and Michael Penn, and Paul Westerberg all come to mind), but Rufus wins the gold star. The guitar accompaniment (instead of his usual piano) has the effect of grounding the song, giving it a live feel. It doesn't really matter anyway, since Rufus' distinct vocals are the main draw.

I'd rather hear Shatner do Lucy In The Sky... than Elton, to be honest. What Capt'n Kirk does with the word "girl" is astounding.

One song which merits inclusion is John Denver's version of Mother's Nature Child. Odd though it might seem, Denver strips the song of McCartney's soppiness and invests into it a lovely folk groove.
4:36 PM

Margaret said…
I really like The Beatles. The song that they bring very interesting, that's what makes them legendary band. Songs from them I like the most is Lucy in the Sky with Diamonds, I need you, hey, Jude.
8:59 PM