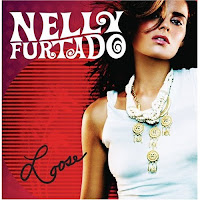 Something is off about this album. Don't get me wrong; mindless, sexy albums are all well and good. In the summer, you need to be able to roll down your windows and foist your music selctions on other drivers. Mindless, sexy music is perfect for that. I guess what's bothering me is that this is not really a sexy or mindless album at all. In fact, there's actually an undercurrent of meloncholy that pervades even the upbeat tracks. Maybe producer / co-writer Timbaland has finally gone too far with the minor key thing, or maybe Ms. Furtado didn't really feel as sexy and free as she has claimed in all of her recent interviews.

For example, why did it take Chris Martin to co-write All Good Things (Come To An End), basically a late '90s Madonna ballad? Maneater has an appropriately '80s chorus, too bad Hall & Oates did it better IN the '80s. And the worst offense is the downer opener Afraid. Note to all parties interested in making a summer jam album: Your first song should not be depressing. Promiscuous is a classic, of course, the lyrics are blah, but the give and take is perfect. Download it from iTunes, along with the dancey Do It and the Juanes duet Te Busque, and forget the rest of the album. 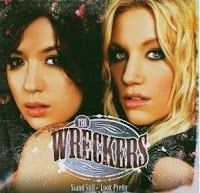 Michelle Branch, apparently tired of being solo and singing with Santana, has recruited friend Jessica Harp and refashioned herself as half of a country duo. And I'll be roped and tied if it doesn't work quite well. In fact, the girls could almost be a streamlined version of the Dixie Chicks.

There are two missteps. One is the Patty Griffin cover, One More Girl. Their performance is fine, I just don't like the song. And the other is the title song, a poor-me rumination on fame. Branch even acknowledges in the self-aware chorus that she's just complaining for complaining's sake. Not good.

But the rest is top notch, from the power country of Rain to the hoe-down My, Oh My to the sweet harmonies of Tennessee. The killer is Leave The Pieces, as fine a break-up / moving on country song as you will find. "Just take your love and hit the road," indeed. 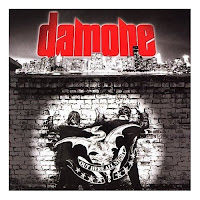 If you want a sugar rush look no further. This band takes Weezer's hair-band tendencies up a couple of notches and puts a sweet female singer in front of it. Morningwood probably kind of wishes they were this band.

Granted, the metal guitar god riffing can be a bit much, but it's a surprisingly effective contrast when combined with lead singer Noelle's pop star voice. The album's first three songs are your party-starting bludgeoning shouty anthems, but the CD really comes to life with the fourth song, Stabbed In The Heart. The band actually tones down the volume for the verses while still rocking on the choruses. Yes, it's a power ballad, and afterall, weren't they really the best part of the whole hair metal movement? Things get even better with On Your Speakers, which has an undeniable Bangles vibe.

There are other highlights too, but the album could live without a couple of songs, namely When You Live and the closer Wasted Years. Both reach into Avril Lavigne book of tricks a little too far for comfort. Even so, this is a solid record. And, hey, you've got to love a band named after the ticket-scalping lowlife from Fast Times At Ridgemont High. Maybe they should tour with Rooney.

Grade: B+
Fave Song: You're The One 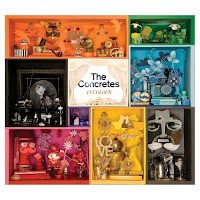 Mix a little ABBA, a little Carpenters, a little Rilo Kiley and a little Belle And Sebastion and you get The Concretes, a Swedish group with 8 or so members. There's a kind of carnival atmosphere to these tracks, a swirl of '70s pop and country. It's sort of like the band doing their version of the Grease soundtrack. There's even a duet with Romeo Stoddard from The Magic Numbers.

Fittingly, the best songs are about music itself. On The Radio is a number one hit in a pop-dominated alternate universe; all plinking piano and harmonies. Song For The Songs is 3:49 of celebration and steel guitar. Other highlights include folk songs Grey Days and Sunbeams, as well as the chilly, Ivy-style Fiction. The album suffers slightly from too many languid songs and sequencing that doesn't cover it well. Even so, the highlights get pretty high and bright.

Grade: B
Fave Song: On The Radio