December 07, 2005
It's that time again. I'll be posting my top ten albums of the year this Friday! But in anticipation, here are some other noteworthy 2005 releases.

Also, check out what my pal Richard Nelson picked in similar categories on Highway 290 Revisited. 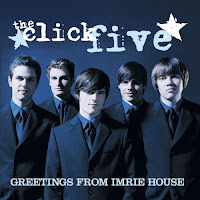 The Click Five - Greetings From Imrie House
You know when you're eating chocolate chip cookies and don't know when to stop? The Click Five are like the last cookie that was one too many. The debut album from this mall-hopping, Boston-based power pop outfit is sugary and addictive, but also likely to give you a bit of an ache, be it in the tooth, stomach or head. 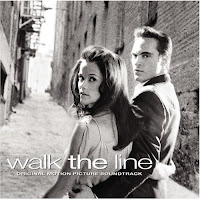 Various Artists - Walk The Line
The actors sing, and do a bang up job. Like the film, the idea isn't to exactly reproduce the originals, but to make us appreciate them in a new light. Mission Accomplished.

Various Artists - The Bootlegs Volume 1: Celbrating 35 Years At First Avenue
You don't have to live in Minneapolis to appreciate the music recorded at the city's most famous venue. Sure, seven local artists (including Husker Du, Jayhawks, and The Replacements) appear, but there's a wide variety of other interesting artists such as Patti Smith, Ween, Richard Thompson, and Old 97's. Highlights include an audience participation version of Joe Jackson's timeless Is She Really Going Out With Him? and The Suburbs' Every Night's A Friday Night (In Hell). 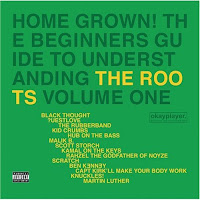 The Roots - Home Grown! A Beginner's Guide To Understanding The Roots, Volume One
A strange greatest hits collection from a band that only has a couple of them anyway. You Got Me is here, but in its original Jill Scott form. It's surrounded by a few recognizable album tracks and some stuff that has never before been released. It's not necessarily the best of their work, but it definitely lives up to its title; if you want to know what The Roots are about, it's all right here. 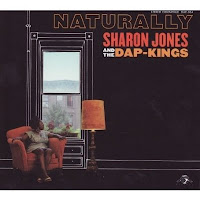 Sharon Jones And The Dap-Kings - Naturally
Nothing really stood out this year, but this retro cover represents the music as well as any cover possibly could. And that's the idea, right? The fake liner notes essay is an added bonus.

Best Cover Version:
Halloween Alaska, I Can't Live Without My Radio
Local "super" group and OC favorites take the first 41 seconds of the LL Cool J classic and turn it into a 3 minute electronic mediation. 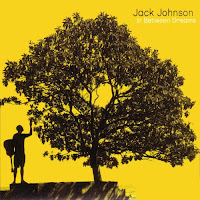 Jack Johnson - In Between Dreams
While it's not especially original or clever, the title does describe how my life felt in 2005. 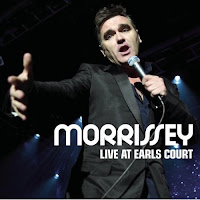 Morrissey - Live At Earls Court
Focusing mostly on his latest album (which I don't have), Moz sounds worthy of his cult worshipers. He also includes a Patti Smith cover (Redondo Beach), some Smiths' classics and endearingly brief song introductions. The best moment comes in Bigmouth Strikes Again, wherein Joan Of Arc's walkman has become an iPod. 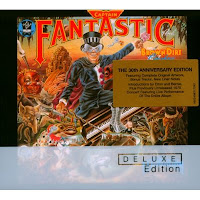 Elton John - Captain Fantastic And The Brown Dirt Cowboy
Okay, I already own three versions of this album (vinyl, CD, SACD) but I had to buy this anyway. Why? Well, you're always looking for excuses to buy your favorite albums again, but in this case it's a really good excuse. Not only does the packaging exactly reproduce the original LP (down to a miniature comic book and poster) but it includes a second disc with the entire album performed live in 1975 (the year of its release). It sounds magnificent, even if Elton sounds terrified. Note: Isn't it weird that this came out the same year as Springsteen's Born To Run? It seems like they're from two completely different eras.