January 25, 2010
The one constant in every established artist's oeuvre is the bad album, the one that's reviled by both fans and critics. Those unlovable albums are the ones this feature, Rock Bottom, is concerned with. 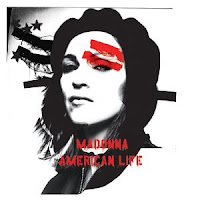 Let's get right to it. I'll let Amazon.com reviewer Gergy350, do the honors. Her review of 2003's American Life reads, "Oh my God...Madonna has hit rock bottom with this totally empty album." There's no doubt that the album is Madonna's worst-selling, least-loved, and most-panned. But does it deserve it?

Our go-to critical source, the All Music Guide, is curiously silent on American Life. Despite the fact that the title of the guide seemingly promises coverage of ALL music, there's no review of the album. All we get is a 2 1/2 star rating (which is actually not the worst rating in Madonna's discography on the site). Stephen Thomas Erlewine, why have you forsaken us?

We look to Rolling Stone for consolation. Reviewer Ben Ratliff gave American Life 3 stars and, despite finding it laden with personal and social commentary (seriously), he concludes of Madonna's lyrical bravery: "One hopes it's a principle she applies to the work that lies ahead of her -- which could be writing children's books or producing movies or running a record label. Making records, it seems, may not be her strong suit anymore." Notice he didn't mention acting there.

And the fan reviewers on Amazon.com? D. Coronado found the album to contain "too much self-commentary that wasn't done in a very interesting or unique manner." And Distant Voyageur thought the lyrics were "incredibly childish, negative, and absolutely depressing to listen to." A. Brown, in a review titled "American Strife", says, "I bought this because I am a big fan of the artist, but this is the most boring music Madonna has ever created. She sounds like she wants to say something important, but doesn't quite have the vocabulary to get her point across." Finally, R.J. Marques remarques (sorry) that, "I will keep this CD so my Madonna discography stays intact, but I sincerely doubt I will ever give this CD another spin..."

I even got into the act. Now I love Madonna, especially pre-2000 Madonna. So my disappointment was palpable when I reviewed American Life on this very blog (it was my fourth review; I was just a babe). I gave the album a "D" and said that it had no transcendent moments, nor anything to remind me why I loved Madonna so much in the first place. In my conclusion I stated, "The second worst criticism I can level at an album is that it's boring. The worst criticism is that I can't even find one song that I'd put on a mix CD. In this sad case, it's both."

Relistening to the album 6 years later (for the first time, tellingly), I find my opinion has changed pretty dramatically.

Here's the problem: Madonna is the Stephen King of music. Both have wild popularity in their fields, and neither were taken very seriously in the beginning and middle of their careers. In Madonna's case, she's not an especially gifted singer. No one ever looked to her for her thoughts on political or social issues. Her lyrics were about love and dancing, not philosophy: ("gonna dress you up in my love"; "holiday, celebrate"; "I'm crazy for you"; "you've got to let your body go with the flow"; "music makes the people come together", etc.). But she had the image and performance thing down pat, and she was shrewd enough to stay one step ahead of musical trends. And that led to lots of hits.

Her albums Ray of Light and Music (1998 and 2000, respectively), found her stretching artistically, writing more personal and reflective lyrics, to positive acclaim. For critics and hipsters, this newfound depth was excuse enough to bring their once-secret love for Madonna into the open. As also happened to King, the general view of Madonna began to change from a vapid populist to a valid artist.

I'm not positive, but I think that went directly to Madonna's head (it was probably a short trip). She already knew we loved her body, but could it be that we loved her brain, too? Why not find out, and make a singer-songwriter album? That's what American Life is. Every other Madonna album was all about music and melody, with the lyrics built to service the song. American Life is the opposite. The music is designed to showcase the lyrics.

The shocking thing is that once a person gets over the idea that this isn't a Madonna pop album (I clearly hadn't when I wrote my review), American Life is 70% good. The six songs from I'm So Stupid through X-Static Process are actually quite strong, as is the closer, Easy Ride. Mother and Father gets points for its tantalizingly strong chorus, but the rest of the song falls a bit short. Hollywood could have been great if it had been about anything other than Hollywood.

It's that other 30% of the album that proves the most problematic and puts American Life in the Rock Bottom slot. The title track sports a memorable chorus, but becomes inexcusable in the rap at the end. Sample lines: "I drive a Mini Cooper and you know I'm super duper" and "I got a lawyer and a manager, an agent and a chef / Three nannies, an assistant and a driver and a jet." The inclusion of Die Another Day, the theme to the 2002 Bond film of the same name is also ill-considered. Despite somehow making it to #8 on the charts, it's not a very good song, nor does it fit with the theme and mood of the rest of the album. 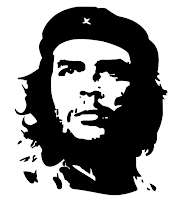 I fully believe that the album art has something to do with the negative reaction to the album as well. From the inexplicable Che Guevara-copping cover to the liner notes laden with pictures of Madonna wearing fatigues and holding automatic weapons, it's all very confusing. What exactly was she trying to say? That she's a revolutionary? That Americans like guns and war? One idea is ridiculous, the other is obvious. I'll believe this until the technology exists to upload music directly into our brains: Cover art does matter.

But does bad album art, low sales, and two (really 1 1/2) awful songs a Rock Bottom make? By the numbers yes. The only other contenders were 1990's Dick Tracy soundtrack I'm Breathless and 2008's Hard Candy. Each got a full half-star higher on the ratings scale. The former has Vogue on it, so I can't hate on that. The latter is the only Madonna album I don't own (I couldn't get past the ugly cover...see?) so I can't make a proper judgment.

At any rate, Madonna seems to have learned a valuable lesson from American Life. Namely that her fans will abide introspection and reflection as long as it's put to music they can shake their asses to. The title to her 2005 follow-up even seemed to acknowledge that. It was called Confessions on a Dance Floor.

* * *
Author's Note: Madonna's recent hits collection, Celebration, mistakenly includes TWO tracks from American Life (Hollywood and Die Another Day). For my own take on what that compilation could have been, click here.