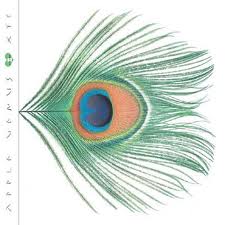 I caught my first whiff of XTC in 1996 and quickly became a slavish fan over the next couple of years. When I discovered www.chalkhills.org, an amazing unofficial fan site, things got deep. There I learned not only had XTC been involved in a 7-year legal fight with Virgin records since the release of Nonsuch, but that the fight was basically over. A light had appeared at the end of the tunnel. They were soon to be free, and soon to release not one, but two, new albums!

My fervor only grew once I got my hands on a bootleg cassette of the demos for said albums (thanks to a kind fellow Chalkhills listserv member). I played that cassette to death. You'd think that already knowing most of the songs on an album would dampen one's anticipation, but it didn't happen in my case. In fact, my desire to hear the final produced versions only grew. My mania for XTC was not to be denied (and I had only been waiting a couple of years to hear new music from them; I can't imagine what it must have been like for the fans who had been waiting since 1992).

Very few times are such fevered high hopes fulfilled, but I don't remember having a single bit of disappointment upon hearing the album for the first time, on a spring day in 1999. Apple Venus, Volume 1 struck me as revelatory, majestic, and beautiful.

The album can be split fairly evenly between pastoral orchestral songs and quiet ballads. There's not an electric guitar to be heard, and I'd Like That is the only uptempo number. If you played this album next to White Music, few people would identify the two records as coming from the same band. I'd also argue that it's the most uniquely British album in the band's catalog, with English references abounding.

Leading off the orchestral tunes and the album is River of Orchids, a plinking number about nature overtaking civilisation. The song builds as it goes, with lots of lines repeating mantra-like. There's not much meaning there, but it sure sounds pretty. Easter Theatre is in a similar vein, while at the same time vying for the honor of being Andy Partridge's most sexually-charged song (and it's not like there's a dearth of competition in that realm). I love the melodic richness and Colin's backing vocals. Greenman ups the ante with a 40-piece orchestra and a hypnotic Middle Eastern sound. The themes of nature and sex rear up once again, combining into a vaguely menacing amalgam ("Please do bend down for the one called the Greenman / He wants to make you his bride").

Harvest Festival rounds out the thematic suite with a nostalgic remembrance of the yearly celebration of the crops coming in. Andy fondly recalls the festival and "that longing look" he received from a young lady he fancied. But this soon turns to regret, as he recounts how she left town and married someone else.

Speaking of that, on Apple Venus at least, things get more interesting when Andy turns to the topic of romance. Two of the album's best songs couldn't be further apart in their views on the subject. The sprightly I'd Like That is as joyous a love song as you might ask for. The thing you gotta love about Partridge's lyrics is how he constantly sends you to either a dictionary or Google. In this case, he compares his love to that of Hector and Helen of Troy, Albert and Victoria, and Nelson and Hamilton (that latter two couples serving as examples of that Brit-centricity I mentioned earlier). On the other side of the coin is the positively scathing divorce song Your Dictionary. Witness the opening verse:

The song goes on like that, and Andy upbraids not only his ex-wife, but himself for being too passive while things went wrong. The lush I Can't Own Her takes a more regretful tack on the same theme, but to lesser effect. Andy's continued Beach Boys fixation is in full effect here.

While on the subject of lesser effect, the quieter moments on Apple Venus are not its highlights. Knights In Shinng Karma is delicate and pretty, two adjectives belied by its punny title. But it doesn't have much to say. Closer The Last Balloon doesn't suffer from a lack of lyrical ambition (it's about death and the afterlife), but it fails to make a strong musical impression.

Bassist and second songwriter Colin Moulding was responsible for some of XTC greatest moments, but he's clearly reached his songwriting twilight on Apple Venus. It seems the 7 year layoff kind of took the rock star drive away (it was never that strong; afterall, this is the man who wrote about the alienation of being in a band on Go 2). So his two songs here are minor affairs. Frivilous Tonight, all about a night out at the pub with mates, sounds like it could come from a stage show. And Fruit Nut is about being a gardener. I kid you not. And unlike Partridge's tunes, there are no sex metaphors, just the story of a man who likes to kill time outside in the dirt.


I must admit, and it's probably somewhat apparent already: Time has diminished my ardor for Apple Venus, Volume 1. Though I still feel it belongs somewhere in the first tier of the band's output (just under Black Sea, Skylarking, Oranges and Lemons, and Nonsuch), it's not anywhere near my favorite XTC album.

I think part of the blame for that falls on something that has nothing to do with the music itself. Mainly, that what felt at the time like a rebirth turned out to be a goodbye. As I wrote in my review of Apple Venus' second half, Wasp Star, we should have known. Guitarist Dave Gregory quit the band in the middle of making Apple Venus. Colin had lost his swagger and would quit not longafter Wasp Star was recorded, effectively ending the group. It's hard, listening now, to not think about it.

Nevertheless, Apple Venus, Volume 1 will always hold the title of the album I looked forward to more than any other. That is, until Colin, Dave, and Andy reunite and make a new one.


Fun Fact: XTC's previous two albums had titles that had come from the lyrics of a song on the album previous to that ("oranges and lemons" is a lyric in Skylarking's Ballet for a Rainy Day; the word "nonsuch" appears Oranges and Lemons' Chalkhills and Children). Though the band claimed - somewhat unbelievably - that this was purely coincidental, they decided to do it on purpose this time around. So the words "apple Venus" come from the song Then She Appeared on Nonsuch.

Nik said…
I remember quite looking forward to this one too, and it seems hard to imagine there hasn't been an XTC album since these 2 came out. I've grown to like it more and more over time, especially 'Your Dictionary.'
6:40 PM